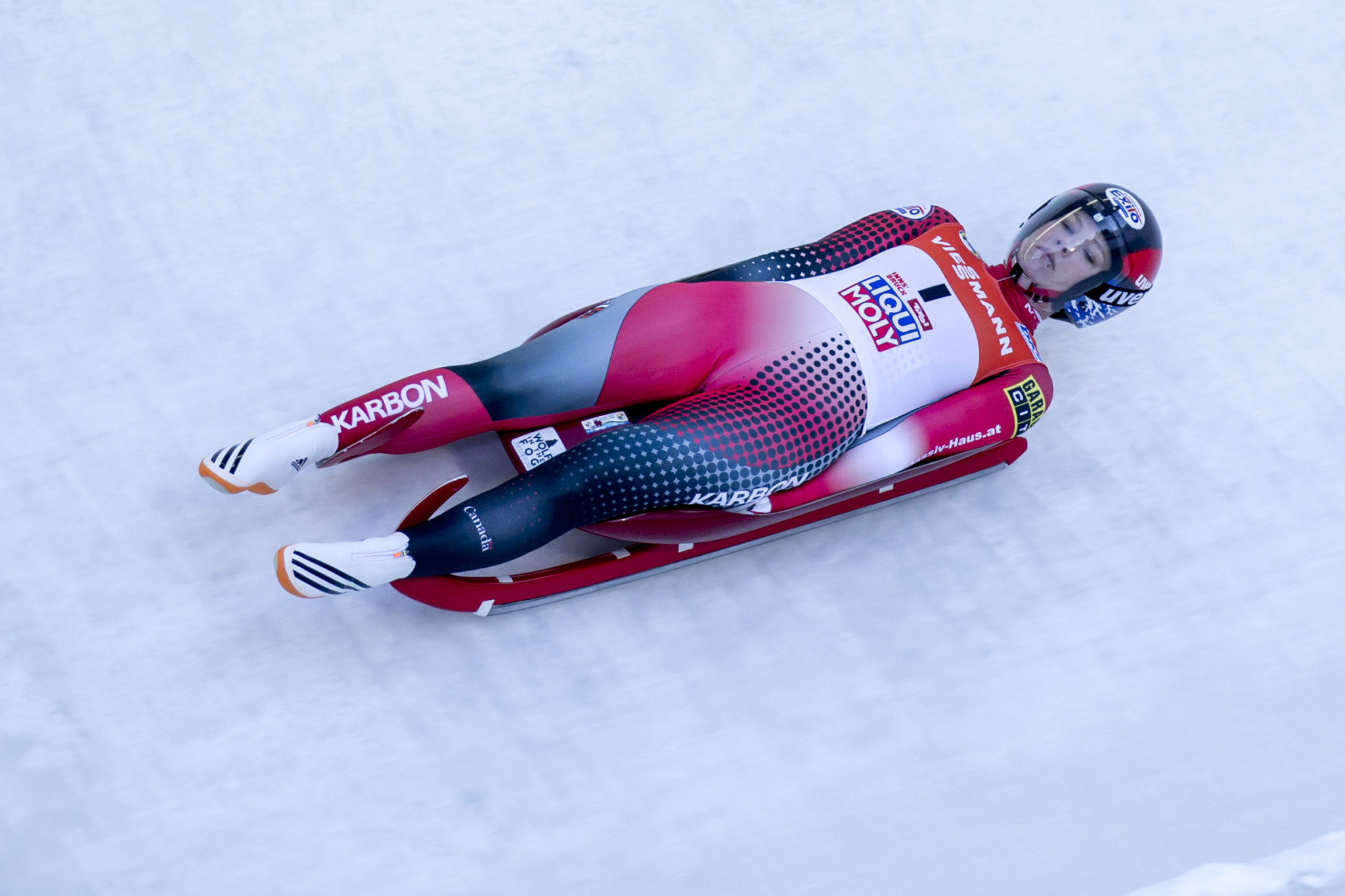 Canada's Alex Gough is looking forward to home comforts at the fourth leg of the International Luge Federation World Cup season, which begins tomorrow in Calgary.

However, she won the Canadian stop on last year's World Cup circuit in Whistler and will be hoping for similar success at the Calgary Olympic Park.

"After six weeks away from home I'm looking forward to my home race in Calgary," said Gough, who attended the Olympic training week in Pyeongchang in South Korea before the European World Cup dates.

"Of course, you always want to be jumping onto the podium, but I look at those fourth-place finishes and it tells me I'm right there.

"The performance and equipment is good and if I can put it together I will be there."

Gough will face a strong German challenge in the women's event with the country occupying the top four spots in the overall standings.

Double Olympic and seven-time world champion Natalie Geisenberger tops the pile on 370, a 70 point advantage, after winning all three regular races in Innsbruck, Winterberg and Altenberg.

Geisenberger, who is aiming for a sixth consecutive overall World Cup crown, has only been beaten this term in the sprint event in Winterberg which was won by American Emily Sweeney.

In the men's event, Germany's Felix Loch leads the way after sprint success in Winterberg and first place in Altenberg.

The triple Olympic champion is also looking for a sixth World Cup title but will be challenged by Russia's Semen Pavlichenko and Austria's Wolfgang Kindl.

He currently leads the Russian by 99 points.

Their compatriots Tobias Wendl and Tobias Arlt are the only team to have denied them, in the Winterberg sprint competition.

The men's and doubles competitions will be held tomorrow, before women's and team relay action on Saturday (December 9).

After Calgary, the Luge World Cup will remain in North America with an event in Lake Placid in the United States.