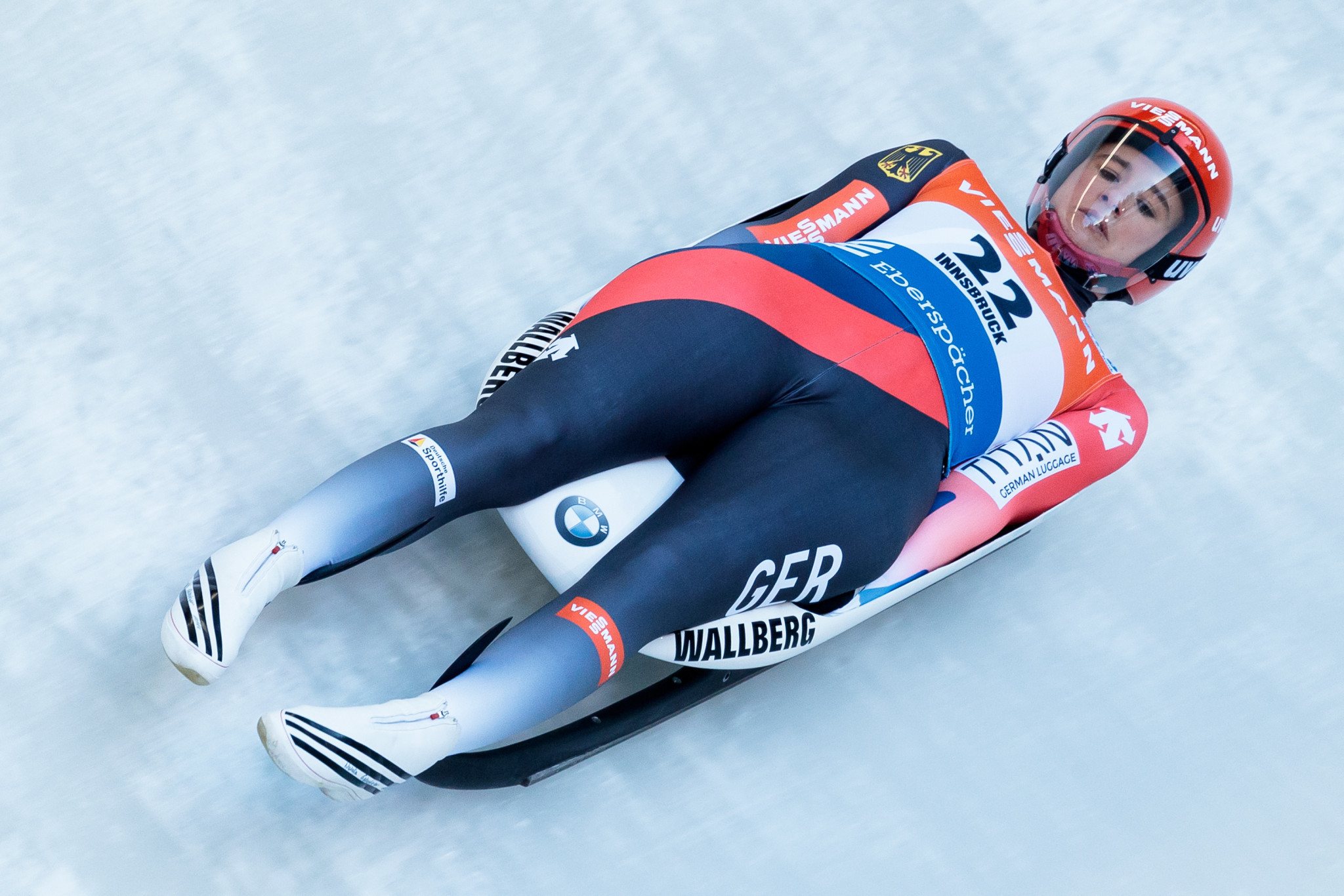 Natalie Geisenberger took gold as Germany secured a clean sweep of medals at the Luge World Cup in Altenberg.

The 29-year-old was in supreme form in front of her home fans as she finished with a total time of 1:44.241, just 0.157 seconds ahead of compatriot Tatjana Huefner, to secure her third win of the season.

Geisenberger's second run was a new track record as she slid across the line in a time of 52.036 seconds.

The German is now 117 points ahead of Huefner in the overall Luge World Cup standings.

The reigning singles and mixed team Olympic champion, who picked up two European titles this year, seems to be preparing perfectly to defend her titles at the Winter Olympics in Pyeongchang.

Dajana Eitberger was third, and they were the only women who finished within a half-second of Geisenberger, who is chasing a record sixth World Cup overall title.

Russia's Tatyana Ivanova – who finished fifth in Altenberg behind Canada's Alex Gough – is third in the overall World Cup table, 199 points behind Geisenberger.

The next stop on the World Cup schedule will be Calgary, Alberta, on December 8 to 9, before the competition also heads to Lake Placid, New York, from December 15 to 16.

The circuit begins its North America swing next week in Calgary, Alberta, and then goes to Lake Placid, New York.