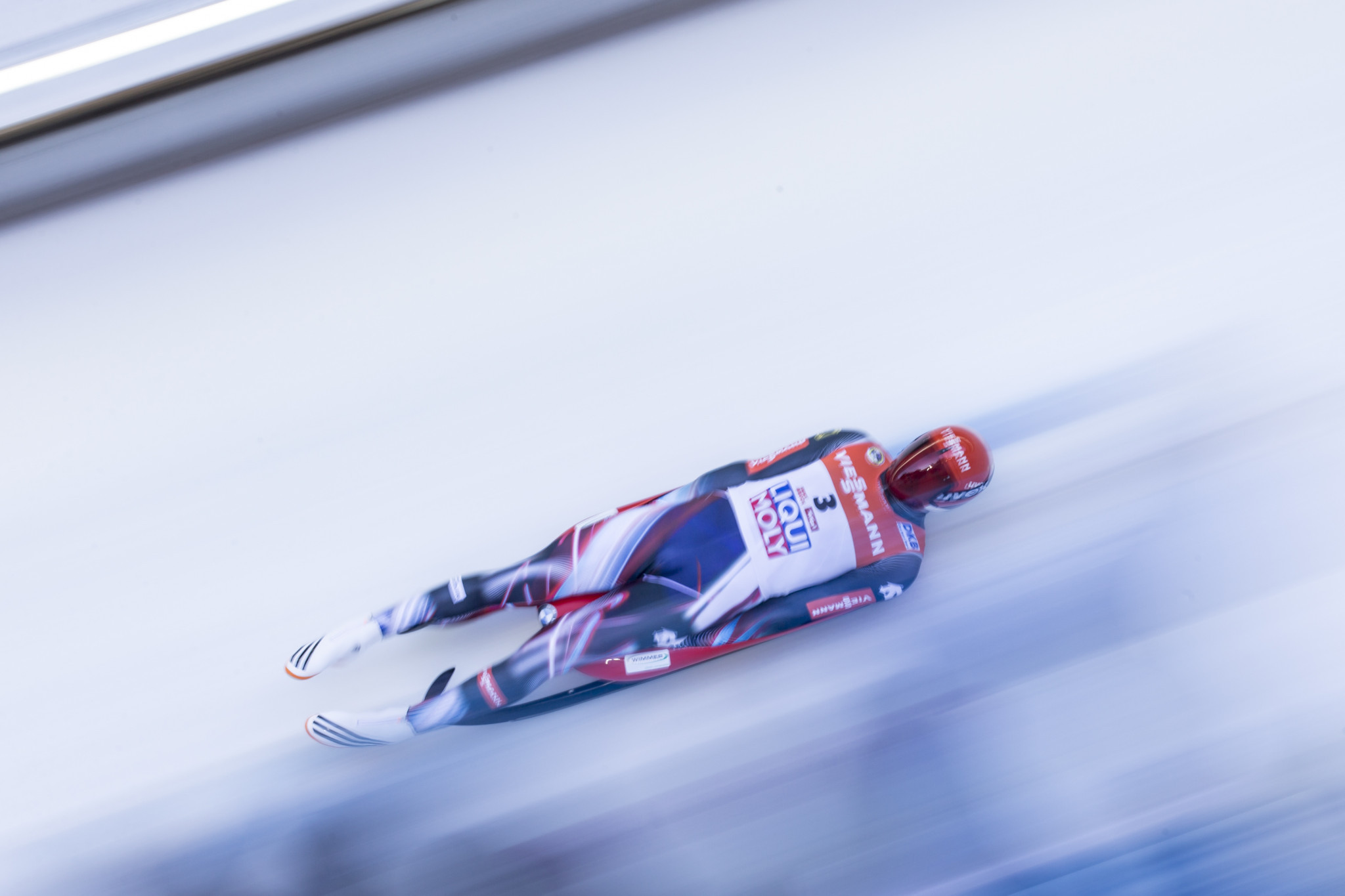 Three-time Olympic champion Felix Loch of Germany broke the track record on his way to victory in the men's singles event at the Luge World Cup in Calgary.

Loch's team-mates also took advantage of a quick track at the Calgary Olympic Park as Toni Eggert and Sascha Benecken set a record in their first run in the doubles race.

The reigning Olympic gold medallist signalled his intention from the outset with a blistering run of 44.274sec in his opening run.

The time was 0.242 seconds quicker than the previous record set by Italian legend Armin Zöggeler 15 years ago.

"And I’ve always enjoyed winning too.

"Given the season I had last year, I’ve got to be happy with this.

"I’m getting back the feeling I need to drive well.

"And of course it’s great to beat the track record which had stood since 2002."

Eggert and Benecken followed suit in the doubles as their time of 43.421 in their first run, breaking the track record of 43.564 set by American duo Mark Grimmette and Brian Martin.

The German pairing, the reigning world champions, followed up their quick opening by clocking 43.454 for an overall 1:26.875.

Peter Penz and Georg Fischler of Austria took the silver medal with a combined time of 1:27.018.

OIympic champions Tobias Wendl and Tobias Arlt of Germany came through to earn the bronze medal in 1:27.111.

The event in Calgary, which hosted the 1988 Winter Olympic Games, is due to continue tomorrow.