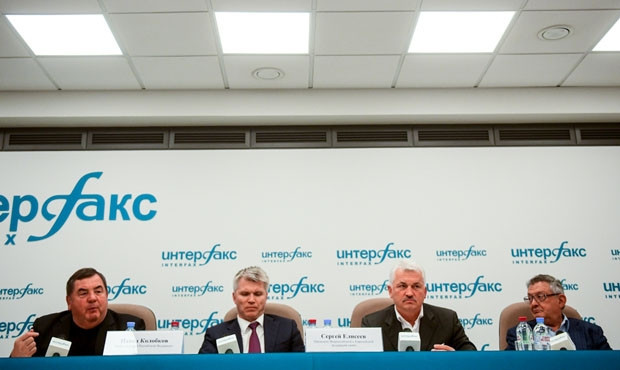 The event in the Russian city is due to take place from November 9 to 14, with FIAS expressing their confidence it will be one of the largest editions to take place.

"Eight years ago, when we just came and started seriously dealing with international sambo, teams from 27 countries took part in competitions at the World Championships," Shestakov said.

"This year we expect athletes from more than 85 countries.

"Sambo is gaining momentum and is becoming very popular all over the world.

"Of course, this is not only our merit, but in many respects sports stars as Fedor Emelianenko, Habib Nurmagomedov and Oleg Taktarov."

Shestakov expressed his hope that FIAS would make progress towards sambo being recognised by the International Olympic Committee (IOC).

The FIAS President expressed his hope the sport could have better news when the IOC Executive Board meets in December.

Shestakov is due to stand for re-election at the FIAS Congress, which is due to take place during the World Championships.

The Russian has been nominated by Sergey Yeliseyev, President of the All-Russian Sambo Federation.

Should he be re-elected, it would be Shestakov's third term as the President of the sport's governing body.

It would be the final term of his leadership, with Presidents only permitted to serve three consecutive four-year terms in office.