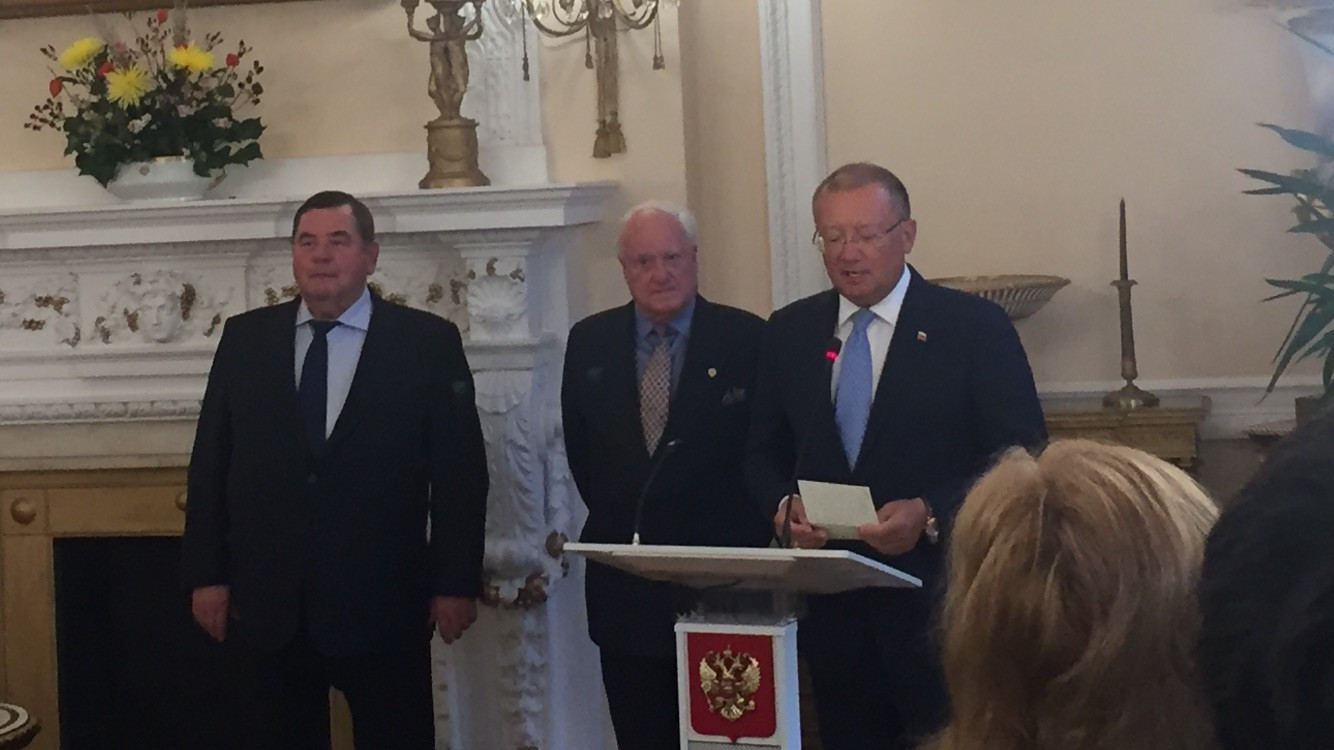 The tournament will be staged tomorrow in the SportsDock at the University of East London.

At a glittering reception at the Russian ambassador's residence in London this evening, Shestakov took the opportunity to welcome delegates to the English capital before competition takes place tomorrow.

"I would like to welcome you here for the fourth edition of the President's Cup in London," said the Russian.

"We have seen the level of competition at this event increase year on year.

"We hope that because of this tournament sambo will develop further across the United Kingdom.

"The UK has a very rich history in sambo and the country has produced a number of World Championship medallists.

"I hope you enjoy the competition."

Shestakov concluded his speech by handing the Russian ambassador to the UK, Alexander Yakovenko, a personalised sambo uniform.

Russia have been the unstoppable force at the event, winning all three of the team titles so far.

Five men from each team will compete in sport sambo in weight categories of 62 kilograms, 68kg, 74kg, 82kg and 90kg.

Two women are also in each squad and they will compete at 60kg and 64kg.

Combat sambo will be contested in only four weight categories including 62kg, 74kg, 82kg and 100kg but entrants will only come exclusively by invitation.