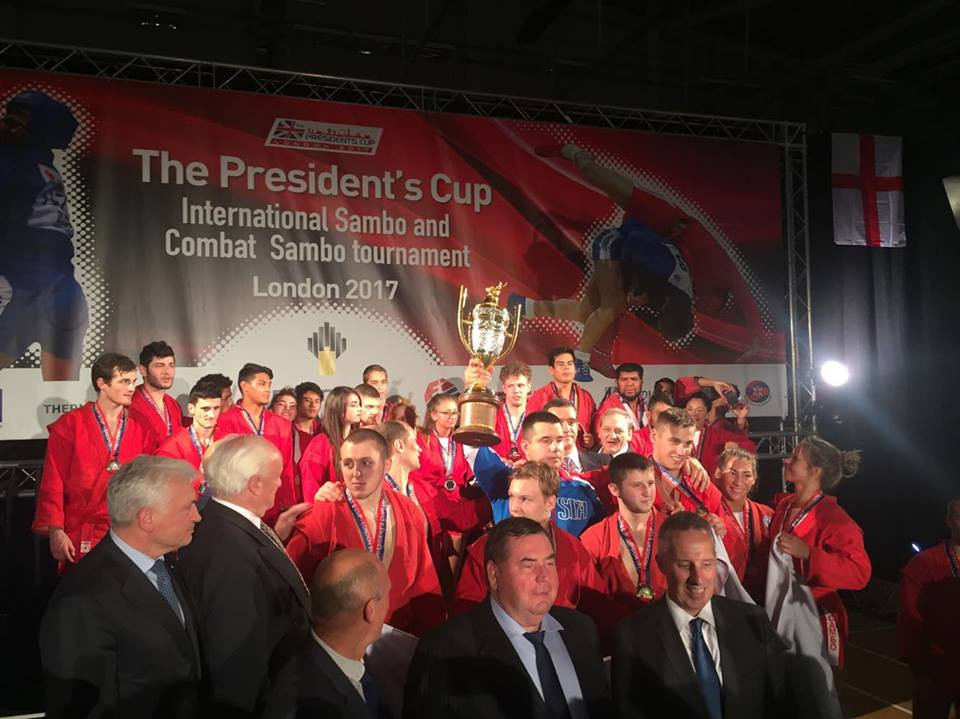 The Russians fielded a weakened team, leaving a number of their elite sambists at home to prepare for the upcoming World Championships in November, but still emerged victorious.

Teams of seven took part with five men competing in sport sambo weight categories of 62 kilograms, 68kg, 74kg, 82kg and 90kg while two women in each squad faced rivals at 60kg and 64kg.

After overcoming England in the quarter-finals and Mexico in the last four, the squad of Timur Kochergin, Michael Sergeev, Pavel Chuprasov, Aleksey Korneev, Roman Yatsenko, Ri Aiko and Irina Gromova claimed a comfortable 6-1 win over Britain in the final.

Today's victory is Russia's fourth in a row following victories in London in 2014, Manchester in 2015 and Edinburgh in 2016.

Great Britain won the silver medal, the same as in Manchester two years ago.

One bronze medal was won by the United States, and Mexico sealed the second.

The Americans defeated Ghana 5-2 to seal a third place finish.

Ghana were late entrants into the tournament after receiving visas to compete at the last minute.

This meant the tournament started with nine teams and a qualification match to confirm an eighth quarter-finalist was needed.

In the second bronze medal match, Mexico overcame England, who were competing separate to Great Britain, 5-2.