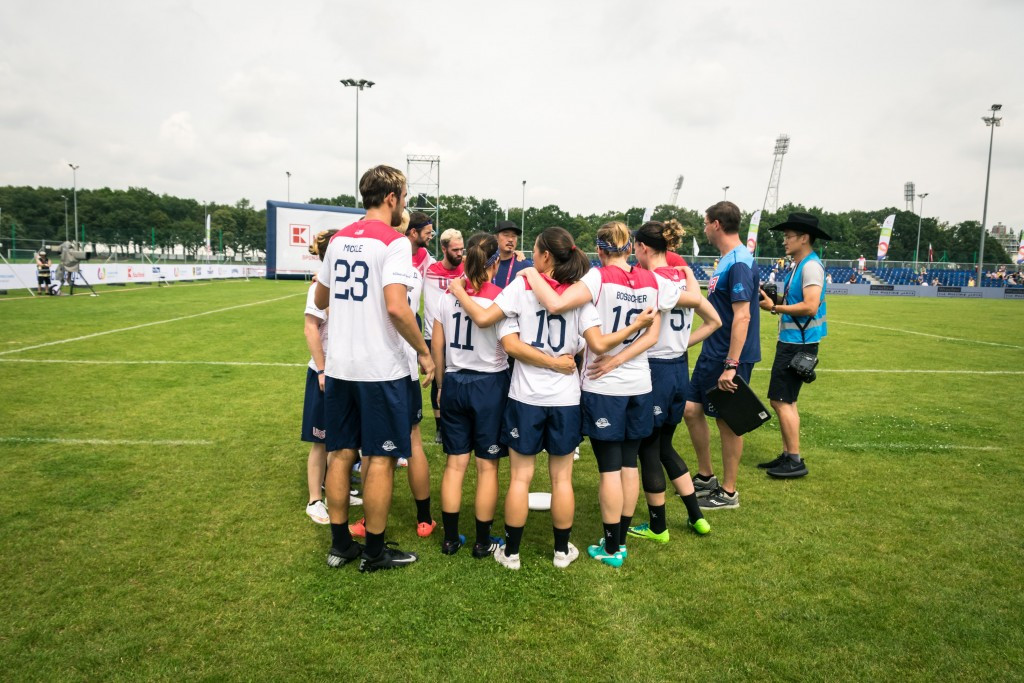 Most competitions resumed as normal after slight delays caused by the heavy rain and strong winds but boules sports suffered most as the raffa, petanque and lyonnaise medal rounds were postponed until tomorrow.

Medal matches in the flying disc competition were able to take place this afternoon with the Americans retaining the title they won four years ago in Cali in Colombia.

After leading Colombia 7-5 at half time, the US dominated the second period and went on to claim a 13-7 win at Marsowe Fields.

Sandrine Tas improved on the silver medal she won yesterday by taking the first gold of the day in track speed skating at Millenium Park.

The Belgian turned the tables on Fabriana Arias of Colombia, who beat her yesterday, to the win the women’s 1,000m sprint final in 1min 31.618sec.

Andres Mauricio Jimenez of Colombia was victorious in the men’s equivalent in 1:24.056.

Bart Swings of Belgium narrowly finished in second in 1:24.090 and Frenchman Elton De Souza won the bronze medal in 1:24.112.

It appeared this afternoon's track speed skating my fall victim to the weather but volunteers rallied to get the surface ready for competition.

Tas was beaten by the Colombian once again, finishing second in 26:25.550.

Russia extended their authority over the sumo wrestling competition with a further two golds today at Orbita Hall.

After winning four from a possible six yesterday, they won both of today's competitions.

He proved too strong for compatriot Batyr Altyev, yesterday's lightweight champion, in the final.

Bronze went to Hayato Miwa of Japan after he overcame countryman Soichiro Kurokawa.