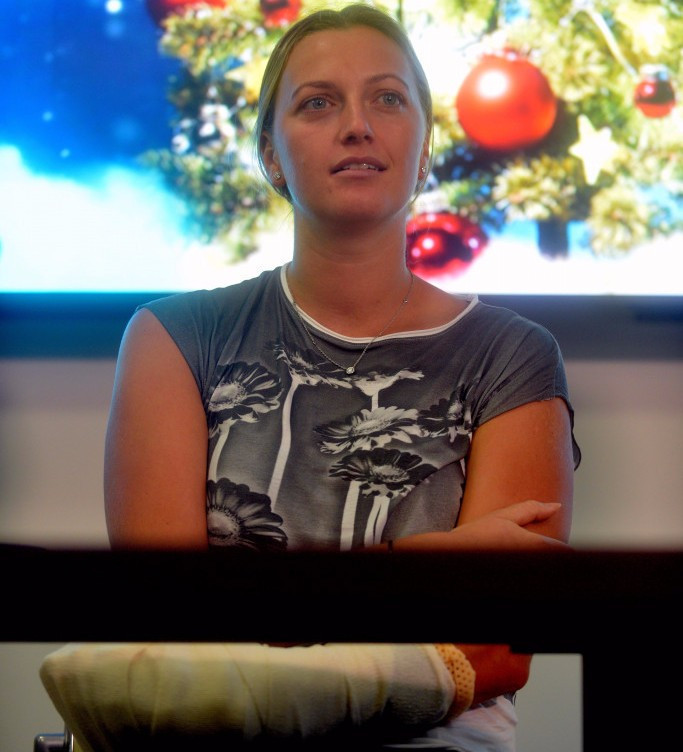 Two-time Wimbledon champion Petra Kvitova has claimed she has no timescale for a potential return to action, following a knife attack in December.

The Czech star suffered a left-hand injury when she attempted to defend herself against the attacker in her apartment three months ago.

In an Instagram post, the 27-year-old described a playing return as being a “huge motivation” as her recovery continues.

“I wanted to say hello since time is flying by - three whole months already since the attack - and let you know that I'm working really hard on my recovery,” she stated.

“I still can't tell you when I will be back, but I can tell you that tennis is a huge motivation for me and I realised while I've been away how much I like challenges.

“My perspective on life has changed a lot and I am doing everything to give myself a second chance to be back on the court.

“I thank you for staying with me through this and I hope to see you all soon.”

The injuries Kvitova sustained were reported to have been severe back when the incident occurred, with fears raised over her career due to the injuries being to her left hand, which is the hand she holds a racket in.

She had been rushed into hospital after a man allegedly posing as a maintenance technician entered into her apartment in Postejov in what was reportedly an attempted robbery.

Her management team had initially claimed it would be at least six months before she is back on court, but Kvitova has not set a concrete date for a potential return.

Kvitova was ranked 11th in the world at the time of the incident, with the Czech having won a career total of 19 titles to date.

She also claimed a singles Olympic bronze medal at Rio 2016 and has formed part of victorious Fed Cup winning Czech teams for five of the last six years, including in 2014, 2015 and 2016.