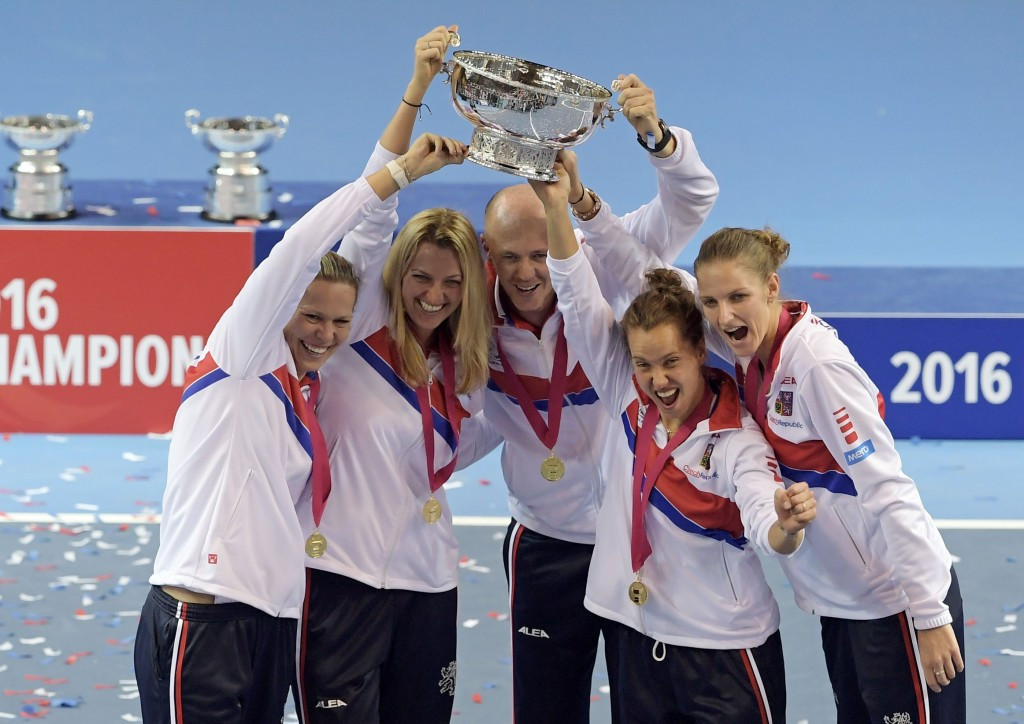 The Czech Republic retained their Fed Cup title after Barbora Strycova and Karolina Pliskova prevailed in the decisive doubles match in the final against France at the Rhenus Arena in Strasbourg.

The pair beat Caroline Garcia and Kristina Mladenovic 7-5, 7-5 to secure an overall 3-2 win for the Czechs.

This is their fifth title in six years and their 10th overall, with the Czechs becoming the first team to win three consecutive editions of the women's team tennis event since Spain did so between 1993 and 1995.

After the teams were locked at 1-1 overnight following yesterday's opening singles rubbers, Strycova produced two sublime performances to snatch victory for her country and upset the home French crowd.

Before her impressive display in the doubles, she replaced the injured Petra Kvitova to defeat Alize Cornet 6-2, 7-6 to give the Czechs hope.

The first set in the deciding doubles rubber match saw both teams perform well before the Czechs made a decisive break in the 11th game, after Mladenovic double-faulted to hand Pliskova and Strycova two break points.

The Czechs needed only one as Pliskova fired a return that Mladenovic could not recover, and they went on to clinch the set.

France then failed to convert two break points of their own as they honed in on Strycova's serve.

The visitors were more clinical throughout and as Mladenovic began to tire, they took full advantage.

They broke in the next game for a 3-2 lead in the second set after Strycova hit a sublime backhand winner.

The French duo responded well and Mladenovic and Garcia managed to break Strycova's serve to level at 4-4.

However, Mladenovic lost her serve at the crucial moment to hand the Czechs the advantage at 6-5 in the second set.

Although the French pair saved one match point, they could not prevent Pliskova from sealing the match and title on the second.