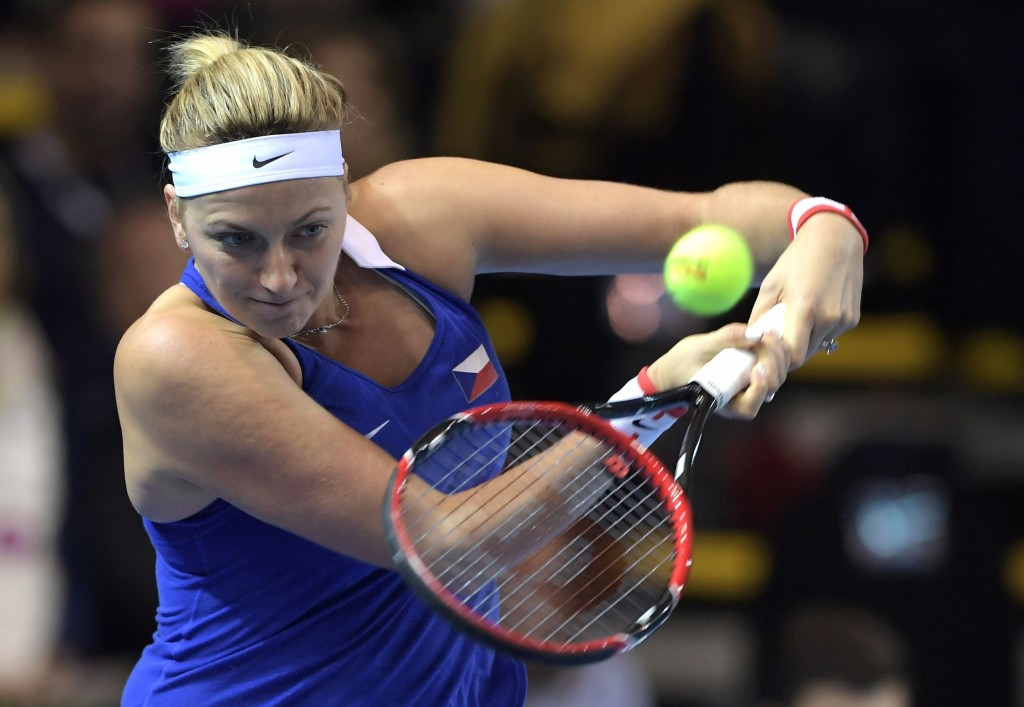 Two-time Wimbledon champion Petra Kvitova has admitted she is "fortunate to be alive" after suffering "severe" injuries following a knife attack at her home in the Czech Republic.

The 26-year-old tennis ace has been treated for a left-hand injury suffered when she attempted to defend herself against the attacker in her apartment.

"As you may have already heard, today I was attacked in my apartment by an individual with a knife," the 2011 and 2014 Wimbledon champion said on Twitter.

"In my attempt to defend myself, I was badly injured on my left hand.

"I am shaken, but fortunate to be alive.

"The injury is severe and I will need to see specialists, but if you know anything about me I am strong and I will fight this.

"Thank you all again for your love and support."

Thank you for all your messages. As you may have already heard, today I was attacked in my apartment by an individual with a knife

It is thought that the attack was a random burglary gone wrong rather than a deliberate assault.

"It was a random crime, nobody was going to attack or rob her as Petra Kvitova," her publicist Karel Tejkal added.

Czech police spokesperson Frantisek Korinek said to blesk.cz: "Today before half past eight in the morning, a 26-year-old woman was attacked near Prostejov.

"The unidentified perpetrator broke into the apartment using a ruse."

The attacker, a man estimated to be about 35, reportedly escaped from the scene and police have launched a manhunt.

Kvitova, currently ranked 11th in the world, has won a career total of 19 titles.

She also claimed a singles Olympic bronze medal at Rio 2016 and has formed part of victorious Fed Cup winning Czech teams for five of the last six years, including in 2014, 2015 and 2016.

She had only returned from a foot injury to begin pre-season training in Lanzarote last week.

This does not mark the first time a leading female tennis player has been subjected to a robbery or knife attack.

In 2007, Russia's Anna Chakvetadze, a former world number five, was tied up alongside her parents during a robbery in Moscow where masked men stole cash and jewellery.

Nine-time Grand Slam winner Monica Seles was stabbed in the back during a changeover mid-match in Hamburg in April 1993.

She suffered an inch-deep slit between her shoulder blades and was out of the game for 27 months before returning to win the 1995 US Open final.

German attacker Günter Parche was charged following the incident, but was sentenced to two years' probation and psychological treatment rather than jail.