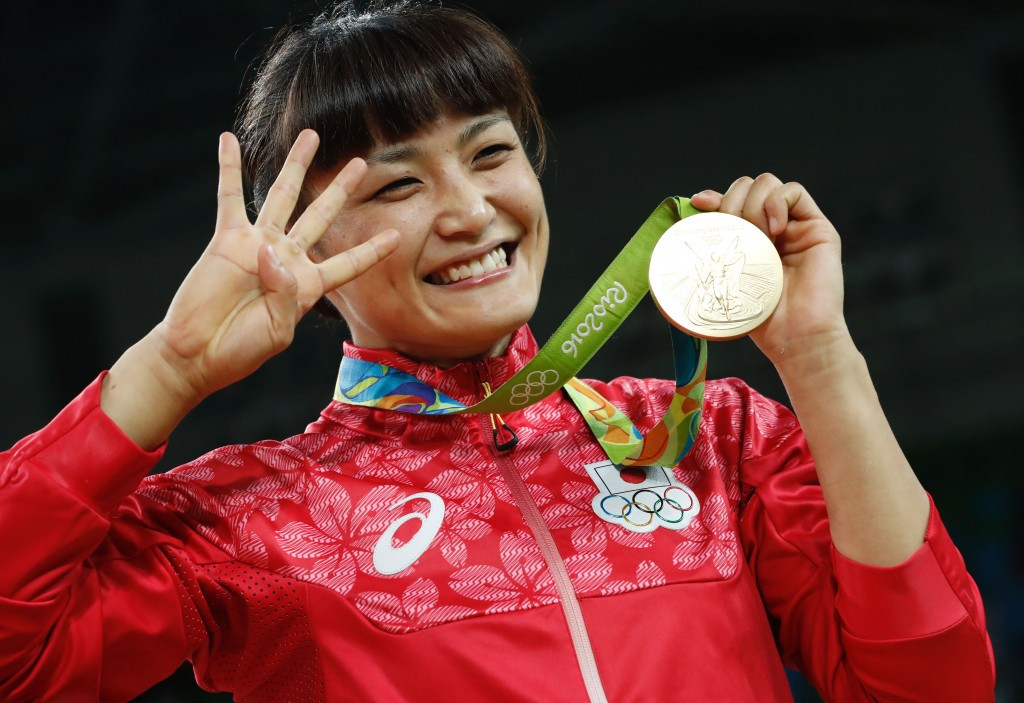 Following a tightly fought 3-1 semi-final win over Turkey’s Elif Jale Yeşilırmak in the quarter-finals, she booked herself a spot in another gold medal match by easily beating Azerbaijan’s Yuliya Ratkevich in the semi-finals.

The Japanese star, whose 13-year unbeaten run was ended in January, looked on the verge of defeat in the final with Russia’s Valeria Koblova leading 2-1 in the final seconds of the six minute contest.

Icho, though, struck with two seconds remaining on the clock to claim a 3-2 win and her fourth successive Olympic gold.

“That last one was for my mother,” Icho, whose mum died last year, said.

“I can’t thank my family and friends enough as well as all of the people who supported me.”

There was further history made in the event, as Marwa Amri became the first female wrestler from an African country to win a medal.

The Tunisian won 6-3 against Azerbaijan’s Yuliya Ratkevich to claim the bronze medal.

The second bronze was claimed by Sakshi Malik, the first Indian female wrestler to win a medal, after she came from behind in the closing stages to beat Kyrgyzstan’s Aisuluu Tynybekova 8-5.

Late drama and Japanese success proved to be the themes of the evening, with Eri Tosaka achieving a take down with three seconds left of the under 49kg contest to win gold.

She had been taking on Mariya Stadnik, who served a one-year doping ban in 2006, with the Azeri having led the contest 2-1 to eventually fall to a 3-2 loss.

It meant that for the second Games in a row she would end up with the silver medal, having also claimed bronze at Beijing 2008.

A dominant display from China's Sun Yanan saw her win 10-0 against Kazakhstan’s Zhuldyz Eshimova to win by superiority in the first bronze medal bout.

Bulgaria's Elitsa Yankova joined her on the podium after a hard fought 7-6 win over Argentina’s Patricia Bermúdez.

The hat-trick of Japanese victories was completed by Asian champion Sara Dosho, with the 21-year-old triumphing in the women’s 69kg division.

She defeated Russia’s Natalia Vorobieva, the 72kg gold medallist at London 2012, on countback after their tie ended 2-2.