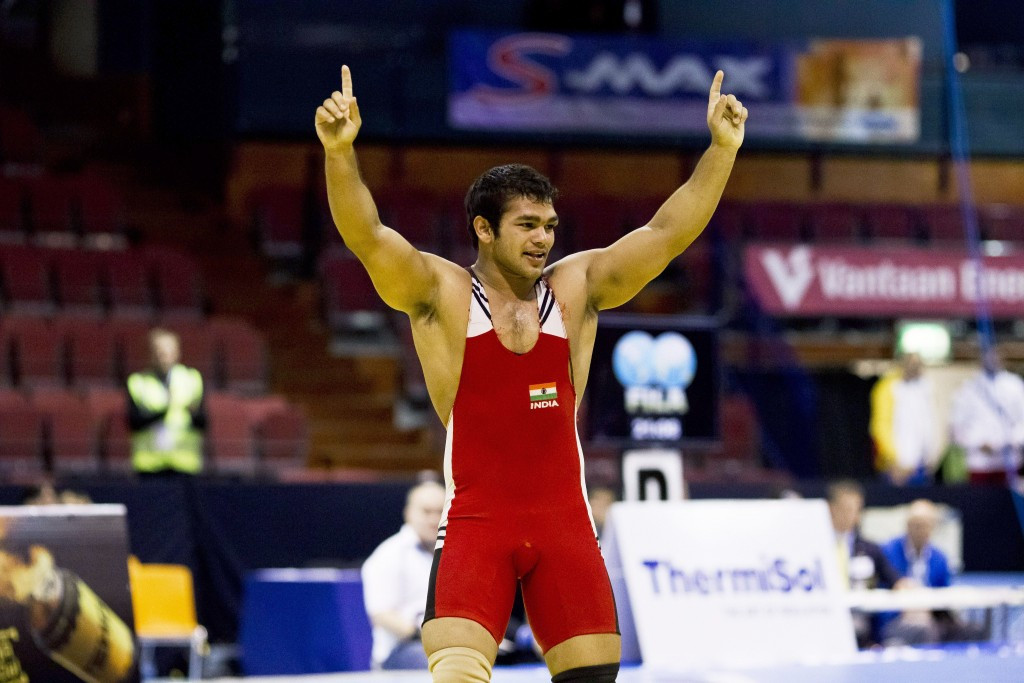 World Championships bronze medallist Narsingh Yadav of India could miss next month’s Olympic Games in Rio de Janeiro after he tested positive for a banned substance, according to the country’s National Anti-Doping Agency (NADA).

Yadav, who was involved in a protracted Rio 2016 selection row with double Olympic medallist Sushil Kumar, has allegedly failed for anabolic steroid methandienone.

The 26-year-old, who also won 74 kilograms gold at the 2010 Commonwealth Games on home soil in New Delhi, returned the positive result following a test on July 5.

The NADA will now conduct a hearing, which is set to be expedited due to the timing of the case coming so close to the Olympics, and Yadav could be stripped of his place from the team.

He has already been axed from the squad which is due to travel to Georgia tomorrow for an “exposure trip” ahead of the Games.

“Narsingh was personally present when his B sample was opened.

“He appeared before a disciplinary panel yesterday.

“The panel sought for more reports regarding the matter.

Agarwal refused to be drawn on whether Yadav would be cut from the Olympic team at Rio 2016, claiming it was “too early” to make any suggestions on the matter.

Yadav’s potential Olympic exclusion would come as an embarrassment to the Wrestling Federation of India after he was at the centre of a dispute concerning the country’s spot in the 74kg event at the Games.

Kumar, winner of a bronze medal at 66kg at Beijing 2008 and silver in London four years later, had demanded the two wrestlers have a play-off to decide who goes to Rio 2016, despite Yadav qualifying by virtue of his third-place finish at last year’s World Championships in Las Vegas.

The 33-year-old took his case to the Delhi High Court, who ruled in favour of Yadav, ending his chances of representing his country at the Games.

The decision from the court brought the saga to an end and India might not have a competitor in the 74kg category in Rio at all should Yadav be suspended.