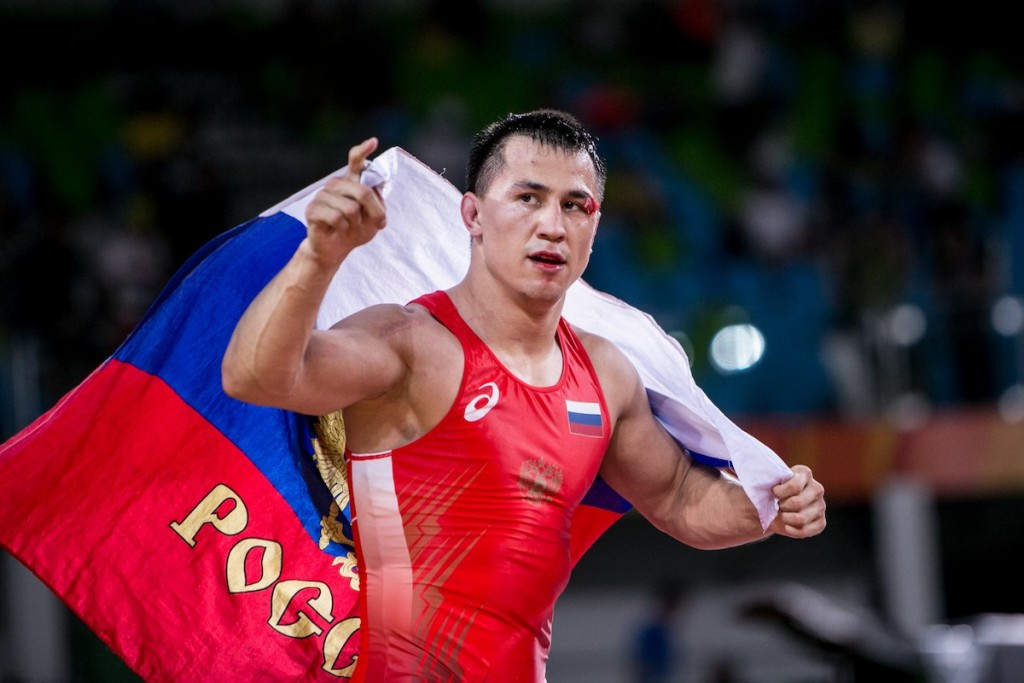 Roman Vlasov got Russia off to a good start in wrestling at Rio 2016 after claiming a gold medal for a second successive Olympics by winning the men’s 75 kilograms Greco-Roman event at Carioca Arena 2 in Rio de Janeiro.

Vlasov, the London 2012 champion at 74kg, launched Denmark’s Mark Overgaard Madsen for four points early in their final and forged a 5-1 victory for his second Olympic title to go with his World Championship victories from 2011 and 2015.

Russia's athletics and weightlifting teams are banned from these Olympics following claims of state-sponsored doping and the International Olympic Committee resisted huge pressure to enforce a complete blanket ban.

Vlasov's victory will likely be the first of many at Rio 2016 for the Russian team, which generally dominates the Olympic wrestling tournament.

"It is very important," Vlasov said of his gold medal, Russia's ninth at Rio 2016.

"There are six more days of wrestling and I am sure that they were here, watched and supported me and that this victory will give them confidence.

"Wrestling is a traditional sport for us and we do not have so many gold medals yet [at these Games].

"We all understood that we have to get as many gold medals as possible as a consequence of the situation around sports in Russia.

"In all Olympic Games, in the three wrestling events, we get eight or nine gold medals.

"We realised that we cannot lose.

"The unfair decision against our athletics team motivated us more to win medals."

Madsen collected his first medal in three appearances at the Olympic Games and another silver to go with his four at the World Championships.

By finishing runner-up he became Denmark's first Olympic medallist in wrestling since 1948.

The 24-year-old recorded an 8-0 technical fall over Japan’s Shinobu Ota in the gold medal match having established a 6-0 lead in the first period with a lift and throw combination to a gut wrench, and then added a drag to takedown in the second.

"There's a lot of emotion.

"It's so hard to explain.

"It went really fast but I was able to be a stronger athlete and come out on top."

Ota was the stand-out performer prior to the final having firstly beaten Iran’s Hamid Soryan, the London 2012 gold medallist at 55kg and six-time world champion, in his opening bout.

Rio 2016 wrestling action is due to continue tomorrow with the men’s 85kg and 130kg Greco-Roman events.