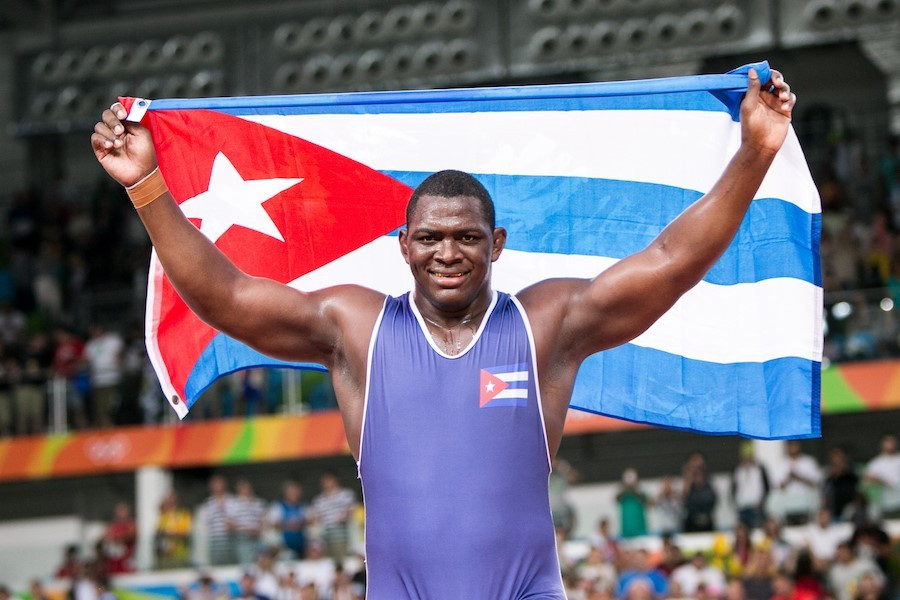 The 33-year-old, winner of the under 120kg category at Beijing 2008 and London 2012, claimed a 6-0 victory over his Turkish opponent to become only the third wrestler in the classic style to win three Olympic titles.

López Núñez was particularly honoured to be bracketed alongside Karelin, who, as well as his Olympic gold medals, won nine World Championship titles between 1989 and 1999.

"It's an honour for me matching one of the greats of wrestling, I'm proud to match his success," he said.

"He was a wrestler who everybody in the world admired and saw his greatness.

"But I'm even prouder of becoming the first wrestler from Latin America to achieve that.

"It would have been great to fight with him, something transcendental that all the public would admire.

"I've won everything now, I'm just competing against that legend [of Karelin]."

Many were expecting a hard-fought contest for López Núñez after suffering a 1-0 loss to Kayaalp in last year's World Championship final.

He wasted, though, little time in sealing victory.

He picked up a four-point throw off a chest lock in the first 20 seconds and soon extended his lead to 5-0 with a step-out point.

A penalty point in the second period put a technical fall within reach with one minute to go, but López Núñez ultimately triumphed after running down the clock.

Beleniuk scored first with a gut wrench late in the first period, but it was all Chakvetadze in the second as he scored with a passivity point and then a leg foul to take a 3-2 lead.

Chakvetadze extended his advantage to five after a lift and leg foul and then scored with two step-out points late in the match to win by seven.

"I pulled myself together, focused and finished the match," he said.

"The turning point was the second period, when I switched myself on when I realised that I was losing 2-0.

"Russia and myself needed the victory."

Belarus’ Javid Hamzatov claimed a 4-1 victory over Bulgaria’s Nikolay Nikolaev Bayrakov in the first 85kg bronze medal match and Germany’s Denis Maksymilian Kudla got the better of Hungary’s Viktor Lorincz in the second.

Rio 2016 wrestling action is due to continue tomorrow with the men’s Greco-Roman competitions at 66kg and 98kg.