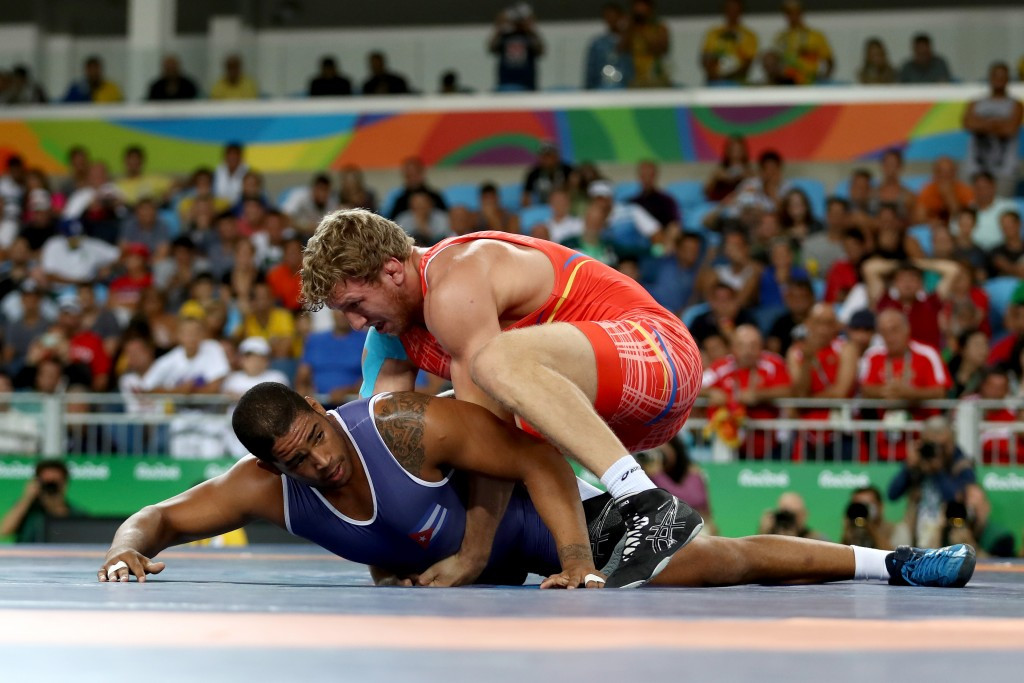 The two-time world champion was hoping to better his bronze medal from London 2012 and join Armen Nazaryan as an Olympic gold medallist, with his fellow wrestler having topped the podium at Atlanta 1996.

He was able to better his effort from four-years ago by earning a technical fall victory over Turkey’s Cenk Ildem in the semi-final, which set up a clash against Cuba’s Yasmany Lugo.

Aleksanyan took a 2-0 lead with a gut wrench and was able to add a further point to his tally in the closing stages to seal a 3-0 victory and gold.

The first bronze medal was claimed by Ildem after a 4-0 win over Romania’s Alin Alexuc-Ciurariu, while London 2012 gold medallist Ghasem Rezaei of Iran beat Sweden’s Fredrik Schoen after scoring the last point in a contest which ended 4-4.

"It is a very special day,” said Aleksanyan.

“Since 20 years, we did not have a gold medal at the Olympic Games.

"I came here for the gold and I am proud that I got it."

Armenia could have been celebrating a third ever Olympic gold after Migran Arutyunyan reached the 98kg gold medal contest, but he was defeated by Davor Stefanek.

Arutyunyan had beaten the 2013 world champion Ryu Han-Soo of South Korea and the 2015 champion Rasul Chunayev of Azerbaijan on route to the gold medal contest.

He was unable to defeat a third world champion, as Stefanek scored the last point of their gold medal match, which ended 1-1.

The final point saw the Serbian win his country’s maiden Olympic wrestling gold as an independent nation, as well as their first medal of Rio 2016.

Chunayev bounced back from his early defeat to Arutyunyan to win a bronze medal contest against Ryu by a technical fall.

Georgia’s Shmagi Bolkvadze claimed a 1-0 win over Tomohiro Inoue of Japan to decide the second bronze.