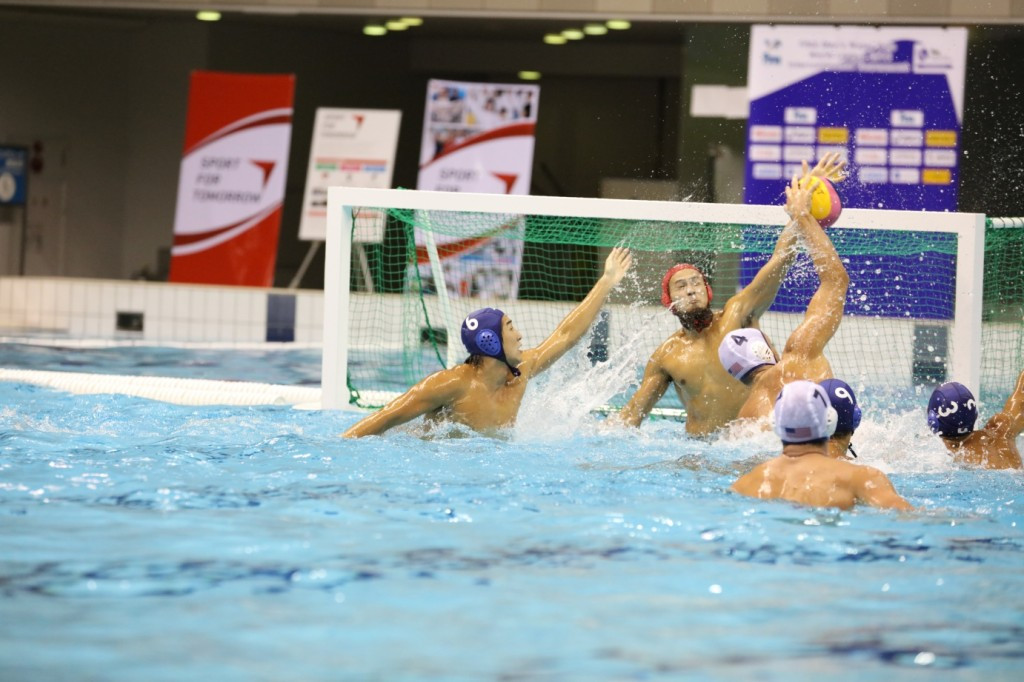 The American side came into the match having beaten Australia on the opening day of the tournament and kept up their unbeaten record with a determined display against a stubborn Japanese outfit.

They swiftly raced into a 4-1 lead in the first period before Japan hit back, levelling proceedings at 5-5 at the halfway stage.

Japan managed to keep themselves in with a shout of claiming a shock win but it was the Beijing 2008 Olympic silver medallists who went into the final period with an advantage as they led 13-9.

The hosts came storming back to set up a tense finale, moving two within two goals at 15-3 down with just three minutes left.

But the US held firm and eventually saw out a win which keeps their pursuit of a place in the Super Final alive.

Alex Obert and John Mann both scored four goals for the Ameircans, while Koji Takei led the Japanese scoring charts with five.

“Generally, after the first quarter, we played like the game was already over, and that it was just a practice match,” US coach Dejan Udovicic said.

“I know we have a young team, and I won’t use that as an excuse, but this game and others like it can help us grow up faster.

“You can’t play a game against Japan if you’re not focused 100 percent, because their style of game is such that you need to concentrate all the time.

“Now I can stress these things to my players, and yell at them.”

Australia bounced back from their lost to the Americans yesterday as they overcame 2015 Super Final bronze medallists Brazil 13-9, with Aidan Roach and Mitchell Emery both netting hat-tricks.

In the other match to take place today, Kazakhstan also recovered from an opening defeat as they ousted China 15-10.

Tomorrow’s action sees China go up against Brazil, while Kazakhstan play the United States and hosts Japan clash with Australia.

The six teams are battling it out for four places in the Super Final in June in Huizhou, China.