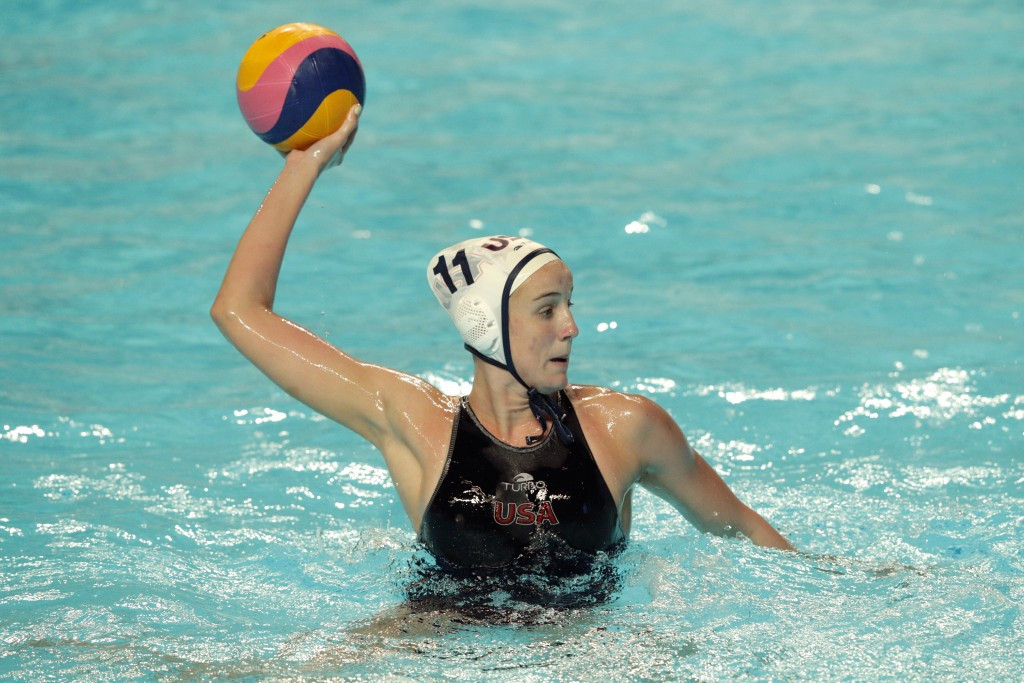 A stunning first half performance helped the United States overcome Australia in the final round robin match of the Women's Water Polo World League Intercontinental Tournament, ahead of the two teams meeting in tomorrow’s gold medal match in Lewisville.

Having claimed four straight victories to ensure they would finish in the top two positions in the final standings, both nations were aiming to secure a psychological advantage over their rivals by completing the group unbeaten.

Despite recording three victories over the Olympic champions in 2015, Australia found themselves blown away by the host nation in the first quarter of the match as they fell 5-0 behind.

The match appeared over as a contest when Makenzie Fischer added a sixth goal for the United States on the brink of half-time.

Australia’s frustrations began to show as Hannah Buckling received a red card after 30 seconds of the third quarter after being adjudged to have tried to sink America’s Kami Craig.

However, the incident provoked an Australian fightback with Rowena Webster and Nicola Zagame both scoring braces to reduce the arrears.

The deficit proved too much to overhaul as the United States held on to secure an 8-5 win.

“It was very disappointing, you can’t start against the best team in the world and give them six goals at the start.

“Being behind six goals, we should be very ashamed of ourselves.

“The second half we came out and showed some Australian spirit.”

Canada were able to seal third spot in the group after they secured an entertaining victory over Brazil.

The match was even for much of the opening three quarters of the contest, but Canada scored five times in the final period to pull away from their rivals to triumph 14-7.

Having lost the contest, Brazil were at risk of being overtaken by Japan in the overall standings, which would see them miss out on securing the fourth and final place at the World League Super Final in Shanghai.

As hosts of the June tournament, the Chinese had already been assured of a place and they did the Brazilians a favour by overcoming Japan 10-5.

Australia, Brazil, Canada and the United States are now set to join China at the Super Final, where they will meet three European qualifiers.

Canada are now due to meet the Chinese team in the bronze medal match in Lewisville, while Japan will search for their first victory when they meet Brazil tomorrow in the fifth place play-off.