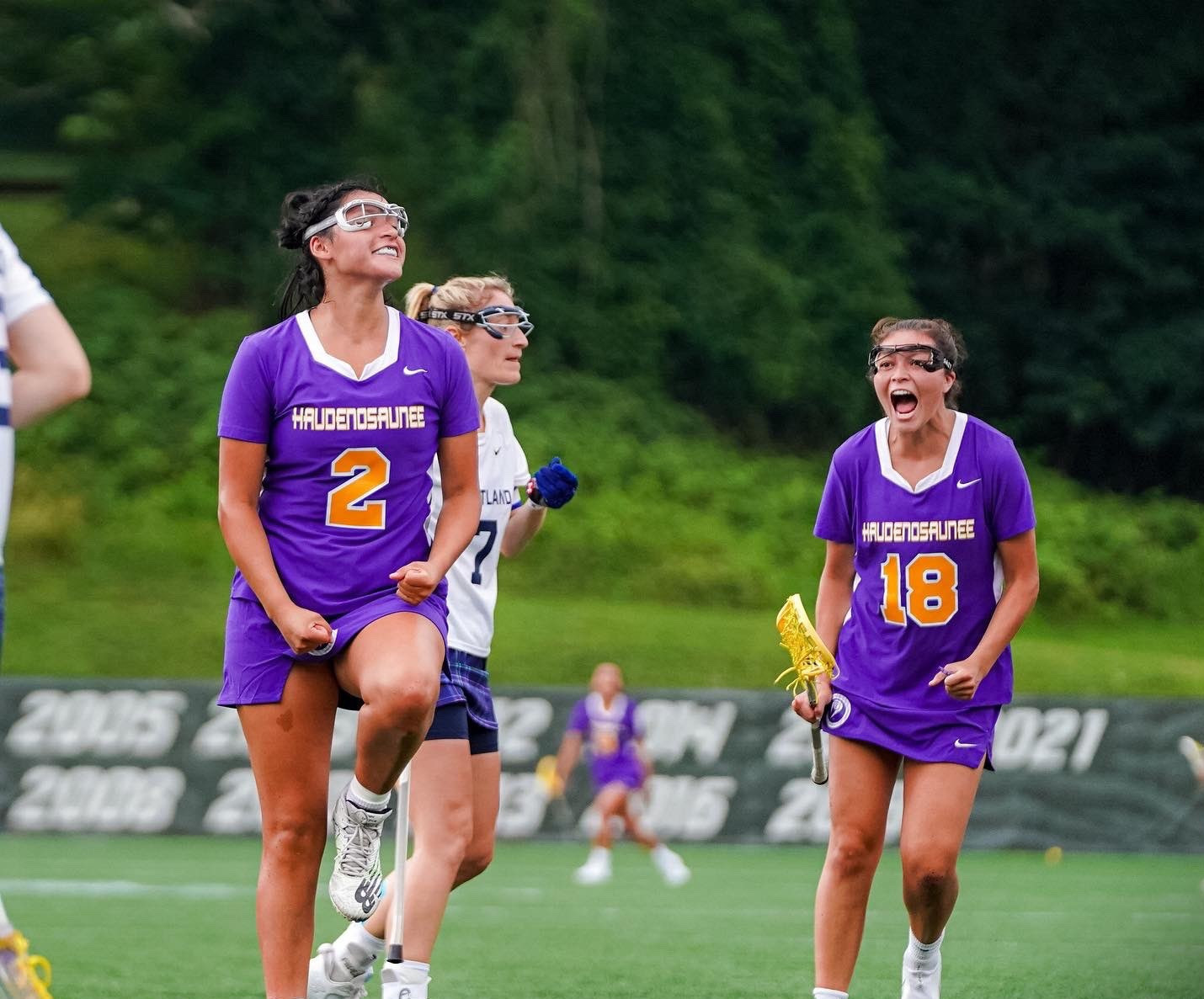 The Haudenosaunee caused the biggest upset of the World Lacrosse Women's Championship round of 16 as they pipped fifth seed Scotland 11-9 at Towson University in Maryland.

The number 12 seeds will play in their second-ever quarter-final, with the first coming in 2013, against two-times champions Australia.

Miya Scanlan starred for the Haudenosaunee, who are representing the indigenous people that originally occupied extensive lands in what is now New York State, southern Quebec and Ontario and who are the originators of the modern day game of lacrosse, with five goals and is now second in the tournament's scoring ranks with 18.

Paige Crandall produced a commanding performance in net with nine saves to keep the Scots at bay.

Their next opponents, Australia, finished their first knockout game with a comfortable 18-4 victory over Ireland.

The result means that they have recorded a top-eight finish or better in all 11 of their World Championship appearances.

Czech Republic advanced to the quarter-finals for the first time since 2005 with 14-9 triumph over Germany.

Isabelle Martire, named most valuable player at the European Cup, extended her lead as top scorer another five goals for the Czechs.

THE QUARTERFINALS ARE SET 👀@USAWLax, @JapanLacrosse and Czech Republic close the day and solidify the final 8️⃣ teams in the championship bracket. pic.twitter.com/ER2UR74phU

Japan continued their impressive form and made a statement after eliminating eighth seed New Zealand 12-3 to return to the quarter-finals for the first time since 2013.

Japan’s defence, allowing 3.2 goals per game on average, has been the best throughout the tournament.

At the other end, Hikari Takano also led the offense with three goals and an assist.

They are due to face hosts the United States next who claimed the first clean sheet of the tournament with a 21-0 annihilation of Hong Kong.

England and Israel are due to meet in the next round at Johnny Unitas Stadium as they picked up 11-1 and 12-3 wins over Wales and Mexico, respectively.

Canada claimed the last quarter-final spot after dispatching Puerto Rico 17-6 to set up a next round tie with the Czech Republic.