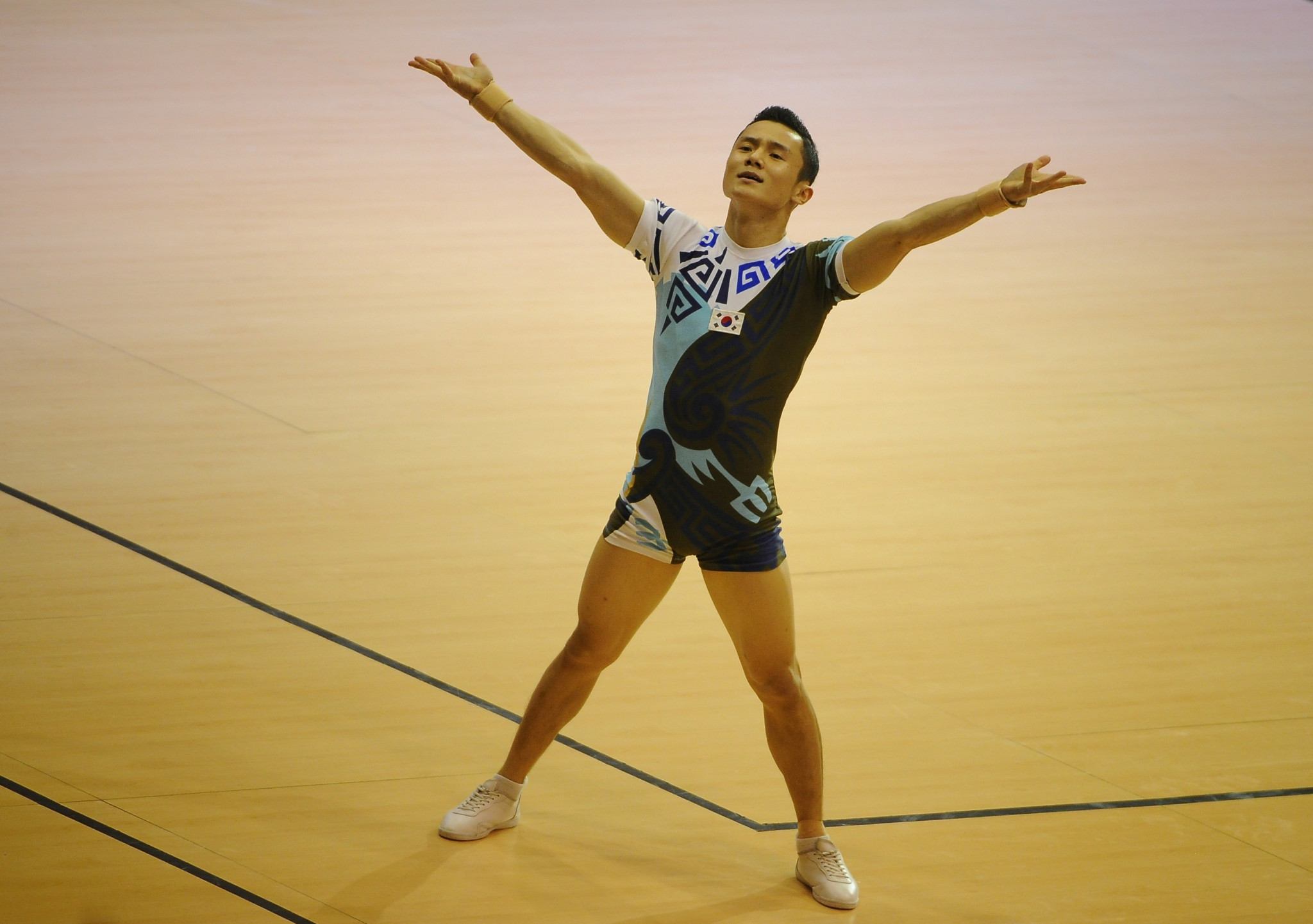 South Korea and Hungary added to their golden tally on the final day of the Aerobic Gymnastics World Championships in Guimaraes.

Two of the gold medals on offer went to South Korea while Hungary secured one and settled for two second place finishes.

Kim Han-jin propelled her country to a title in the men’s individual event after accumulating 21.500.

Hungary managed to secure a title, with Fanni Mazacs and Daniel Bali recording 20.700 in the mixed pair final to top the standings.

Tamires Silva and Lucas Barbosa of Brazil combined to make 20.600 to finished second and Vietnam’s Hoang Phong Le and Ngoc Thuy Tran totalled 20.550 to walk away with bronze.

Le and Tran returned for their nation to win gold in the group event alongside Che Thanh Nguyen, Viet Anh Nguyen and Hoai An Vuong.