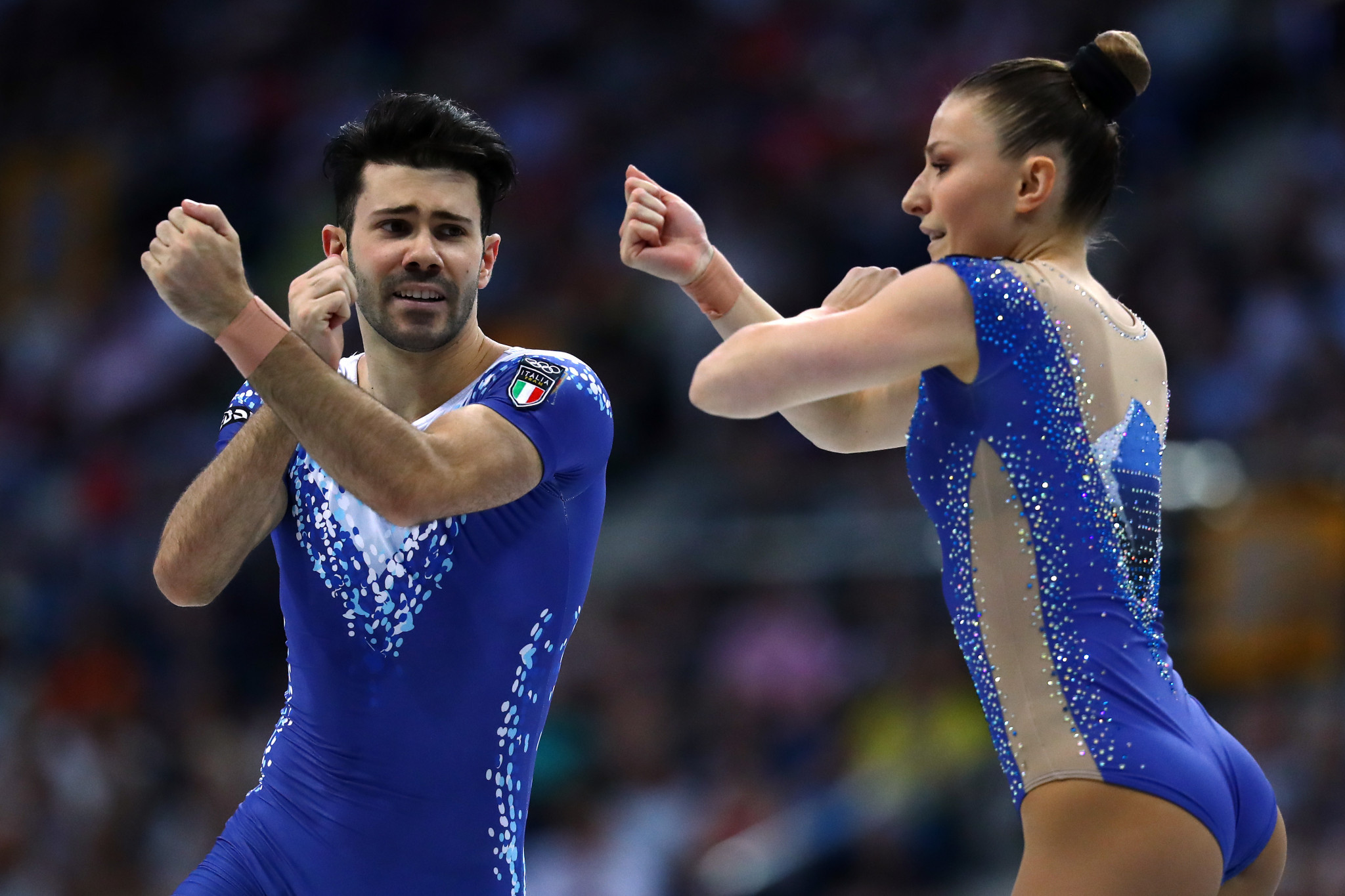 The duo topped the standings on 22.400 at their final World Championships before retirement.

Hungary’s Fanni Mazacs and Daniel Bali were runners-up on 22.100, with the Russian Gymnastics Federation’s Tatyana Konakova and Grigorii Sheikhaleev third with 22.050.

Hungary’s team finished as the silver medallists narrowly on 22.516, while Italy secured bronze with 22.100.

Hosts Azerbaijan rounded off the World Championships with a title, as their team won the aerobic dance event.

Russian Gymnastics Federation and Hungary completed the podium on 18.000 and 17.800, respectively.

Russian athletes were required to represent the Russian Gymnastics Federation at the World Championships, under the terms of the Court of Arbitration for Sport decision in the Russian Anti-Doping Agency case.