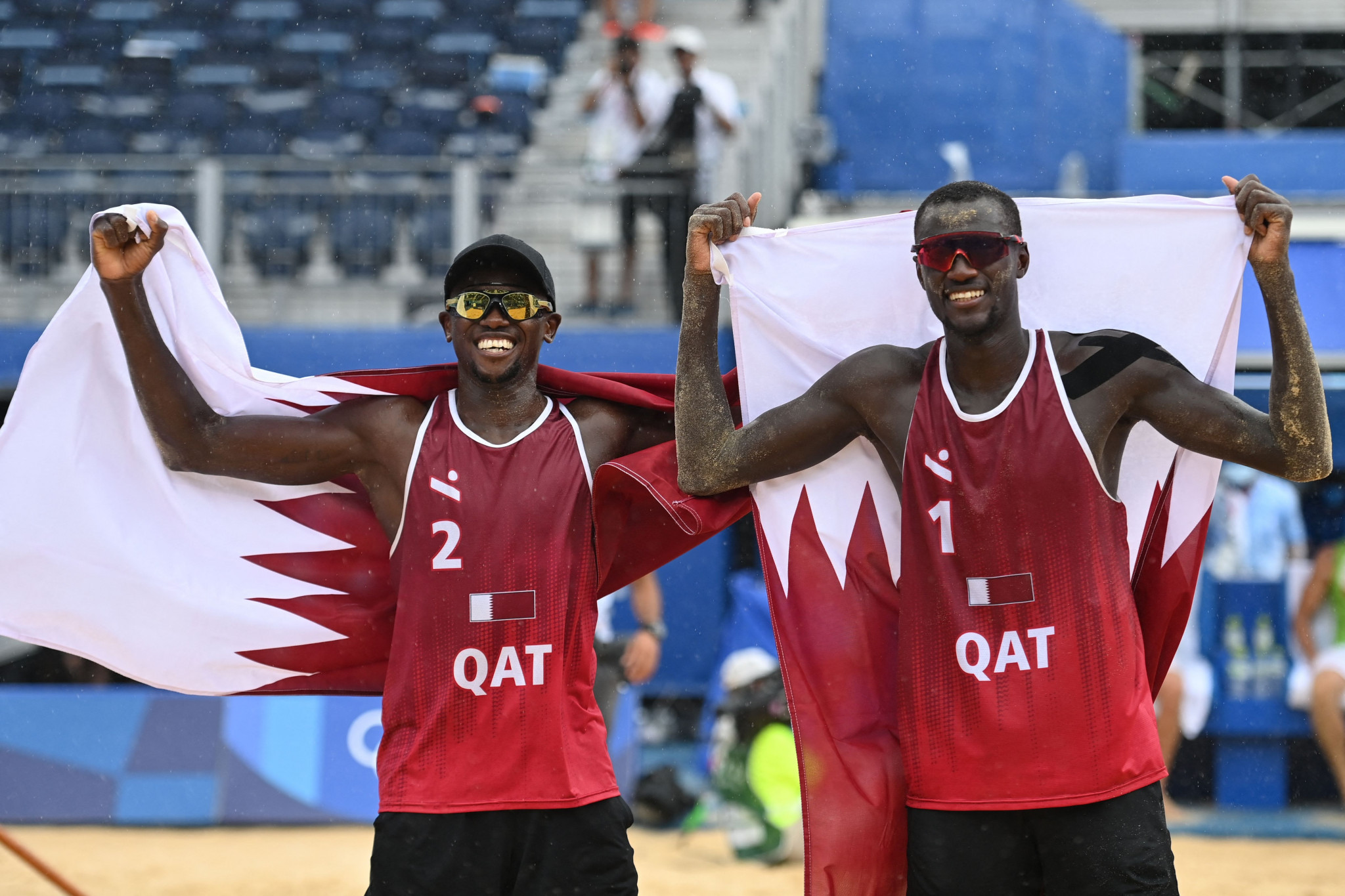 Top ranked beach volleyball pair Cherif Younousse and Ahmed Tijan will return for the first time since their success in Rosarito at the Volleyball World Beach Pro Tour event in Doha, which starts tomorrow.

Despite missing the podium at last year's four-star World Tour tournament on home soil, the Qatari duo will be searching for gold at Beach Courts in Al Gharafa.

"It is not a good feeling that the last time we won a medal at a four-star tournament here in Qatar was back in 2018," Cherif said.

"Now we have a Beach Pro Tour Challenge event in Doha, so we want to do our best and make the Qataris proud of us, as we have been doing when playing outside Qatar."

In addition to another gold in Cancun, Younousse and Tijan have also claimed four silver medals and a historic bronze at the Tokyo 2020 Olympic Games.

The Beach Pro Tour’s Challenge tournament in Doha is scheduled to run until May 8.

It will feature 48 men's teams and 45 women's duos from 28 different countries.

The competition took place at the Katara Cultural Village between 2018 and 2021, but has now moved back to Al Gharafa, which hosted a World Tour event back in 2016 and the 2019 World Beach Games.