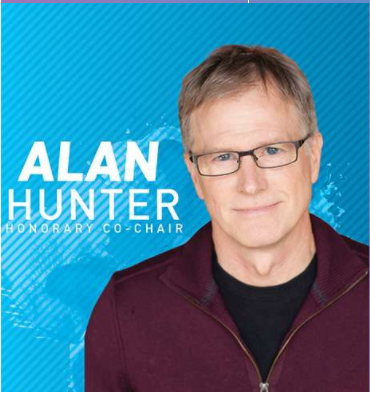 Alan Hunter has been named as the honorary co-chair of this year's World Games in Birmingham in Alabama.

Hunter, who is from Birmingham, is a film producer who is best known for being one of the five original "video jockeys" when MTV launched in 1981.

When the channel first aired on August 1, he was the first to appear on screen.

He later formed Hunter Films with his brother Hugh and achieved an Oscar nomination for short film Johnny Flynton in 2003.

Now living in St. Louis, he currently appears on SiriusXM radio as a daily host.

He was also founding President of the Sidewalk Moving Picture Festival, which is now in its 22nd year.

"I'm excited about the World Games 2022 because it's going to feature sports as well as amazing live music and entertainment," said Hunter.

"Fans of sports and music - which covers just about everybody - will want to be part of this incredible experience.

"So do I, which is why I am thrilled to return to my hometown as an honorary co-chair.

"The fact that The World Games will focus the world's attention on Birmingham makes it even more special to me."

Birmingham will host the World Games, a multi-sport event for disciplines not on the Olympic programme, between July 7 and 17.

The event was pushed back a year to avoid a clash with the rearranged Tokyo 2020 Olympics.

"We are extremely proud to have someone of his calibre on the World Games team."