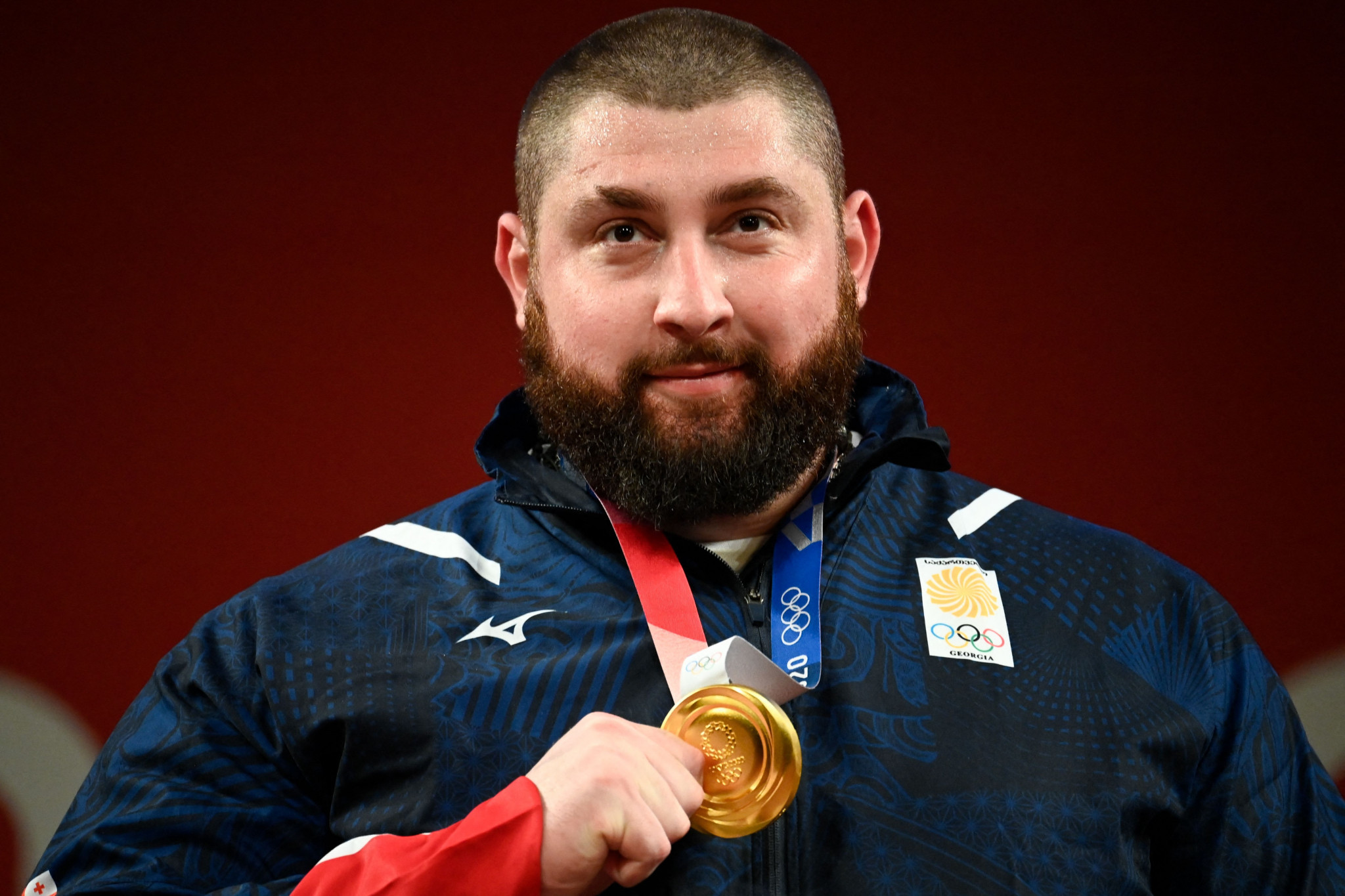 Some of weightlifting’s most popular Olympic champions of the 21st century - and a 92-year-old who won Olympic gold nearly 70 years ago - have added their voices to the clarion call for the International Weightlifting Federation (IWF) Executive Board to put the sport before their own interests.

A two-day Constitutional Congress in Doha, Qatar tomorrow and Monday is billed as the most important meeting in weightlifting’s history, one which could determine whether or not the sport remains on the Olympic Games programme.

The International Olympic Committee (IOC) - whose president Thomas Bach says "we need to see a new culture in this International Federation" – wants a clearout of the "old guard" who have long held sway at the IWF.

The "old guard", comprising many members from nations with past or present doping issues, has repeatedly been criticised by the IOC during 18 months of crisis triggered by a German television documentary that exposed widespread corruption, mostly based around doping.

The "old guard" has shown no signs of acceding to the IOC’s wishes and is asking the IWF’s 160 or so eligible member federations to support its backing for a new Constitution that falls short of IOC requirements.

Georgian Lasha Talakhadze, who completed what could be the last ever weightlifting programme at the Olympic Games by claiming three super-heavyweight world records and a second gold medal in Tokyo earlier this month, has briefly had his say in a video posted by the Georgia Weightlifting Federation.

The video also features Rafael Chimishkian, a Georgian who won gold for the Soviet Union at the Helsinki 1952 Olympic Games, Kakhi Kakhiashvili, a triple Olympic champion in 1992, 1996 and 2000, and Georgi Asanidze, who won gold at the Athens 2004 Games before becoming a successful coach.

The message is clear: "We must and we can safeguard weightlifting.

Only this week Georgia won 28 medals, including 16 golds, at the European Youth and Under-15 Championships in Ciechanow, Poland.

The Georgians believe the teenagers’ hopes for the future could be dashed in Doha if the wrong decision is made.

Pyrros Dimas, who was also a triple Olympic champion for Greece, has already voiced similar sentiments, despite the fact he is himself an IWF Board member – one who, unlike most of his colleagues, is prepared to stand down.

In a separate post on social media Matthias Steiner, the 2008 super-heavyweight champion for Germany, spoke up for the reformers who want a new regime at the IWF.

"Weightlifting must remain Olympic, "he says.

"All leading figures must resign unconditionally.

"Only with completely new faces can our sport be developed without corruption and scandal."

Florian Sperl, current president of the German Weightlifting Federation, has posted a video in which he said: "Our sport is in the biggest danger in its history.

"The IOC has one main demand.

"The International Weightlifting Federation needs a complete cultural change, with new people and a strong Constitution.

"Dear athletes – please contact your federation, who can influence the future of weightlifting.

"Tell them to save our sport.

"Keep in mind the younger generation that dreams of the Olympics."

Phil Andrews, chief executive of USA Weightlifting, has written to the IWF Board, and all member Federations.

Andrews said: "Please do not be the Executive Board that oversaw the departure of our sport from the Olympic Games."

The Americans, Germans and others want changes to the proposed Constitution, which must gain two-thirds of the vote to be passed.

Their suggestions focus on areas the IOC has highlighted, most notably eligibility criteria for future Board members.

While the USA and Germany both favour the introduction of new conditions, one of which would block former IWF staff members from standing for election, other reformers want to keep it simple.

Fiji and seven other Oceania nations are proposing that the Constitution be approved in its entirety - except for three Articles that cover eligibility.

The eligibility rules would be taken from an earlier version of the draft Constitution, which would have met with IOC approval.

The Board’s proposed Constitution weakens the eligibility rules as originally proposed six months ago by independent experts, led by the Australian lawyer Darren Kane, on the IWF’s Reform and Governance Commission.

If the amended version is passed, IWF Board members who might otherwise be ineligible – including Interim President Mike Irani of Britain, who is not supported by his own National Federation, Sam Coffa of Australia, Jose Quinones of Peru and Maxim Agapitov of Russia – will be clear to continue.

All the pleas for a change of heart from the "old guard" follow a strong statement by Sarah Davies, British chair of the IWF Athletes Commission who finished fifth in Tokyo and hopes to compete at the Paris 2024 Olympic Games – if weightlifting is still on the programme.

Davies, whose full comments were reported by insidethegames here on Thursday, met Bach in Tokyo and was told by him "there is no way weightlifting will stay in the Games in its current form".

Kane, the lawyer who led the process of drawing up the original Constitution, has also been outspoken.

"Should the (Doha) Congress consciously vote to make the wrong decisions… it is almost a fait accompli that the sport will lose its Olympic status," in a column for the Sydney Morning Herald, Kane wrote.

"In the starkest of terms, the sport of weightlifting and the people who control the International Federation will be forced to choose between individual personal ambitions on the one hand and, on the other, protecting the future and the viability of a fabulous sport which is far bigger and more important than any of the actors involved."

Kane said the German documentary early last year, followed in June by the McLaren Report into weightlifting corruption, and other investigations by anti-doping bodies "served to unmask the IWF as an international sports federation governed execrably, with magnificent deviousness and malice."

Kane continued: "It is obvious to me based on the work that I have undertaken over the last year, that there are many people involved in the governance of weightlifting at the international level who have taken on their roles for entirely the wrong reasons.

"It is those individuals, and the cabal of IWF National Federation members who they together control, who have the power and who must now choose between permanent regime change where their personal ambitions are extinguished; or a non-Olympic future for this most revered of sports."

The IWF regime has said nothing since the Tokyo Games ended on August 4.

After Davies' strong criticisms on Thursday, Irani told insidethegames the IWF would reply in "a considered report".

The report has not yet materialised.