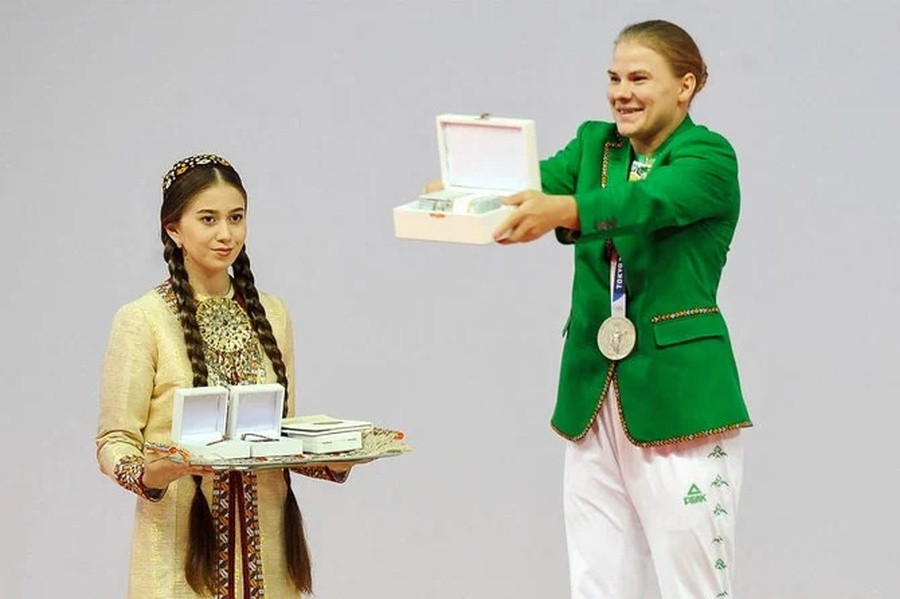 Turkmenistan’s first-ever Olympic medallist, weightlifter Polina Guryeva, has received a series of gifts to mark her achievement at a special ceremony in Ashgabat.

"I cordially congratulate you on this significant event, testifying to the growth of the authority of independent Turkmenistan in the international sporting arena," Serdar said.

The 21-year-old joins a select group of Turkmens who have won Olympic medals.

They include late Marat Nyýazow, a silver medallist in the 50-metre rifle three positions event at Rome 1960 for the Soviet Union, and Daniyar İsmayilov, who also won a silver in the 69kg weightlifting at Rio 2016 representing Turkey.

Turkmenistan made its Olympic debut at Atlanta 1996 following the break-up of the Soviet Union, but this was the first time they had an athlete on the podium.

“I dedicate this medal to our President and the Turkmen people in honour of the 30th anniversary of the independence of Turkmenistan,” Guryeva said.