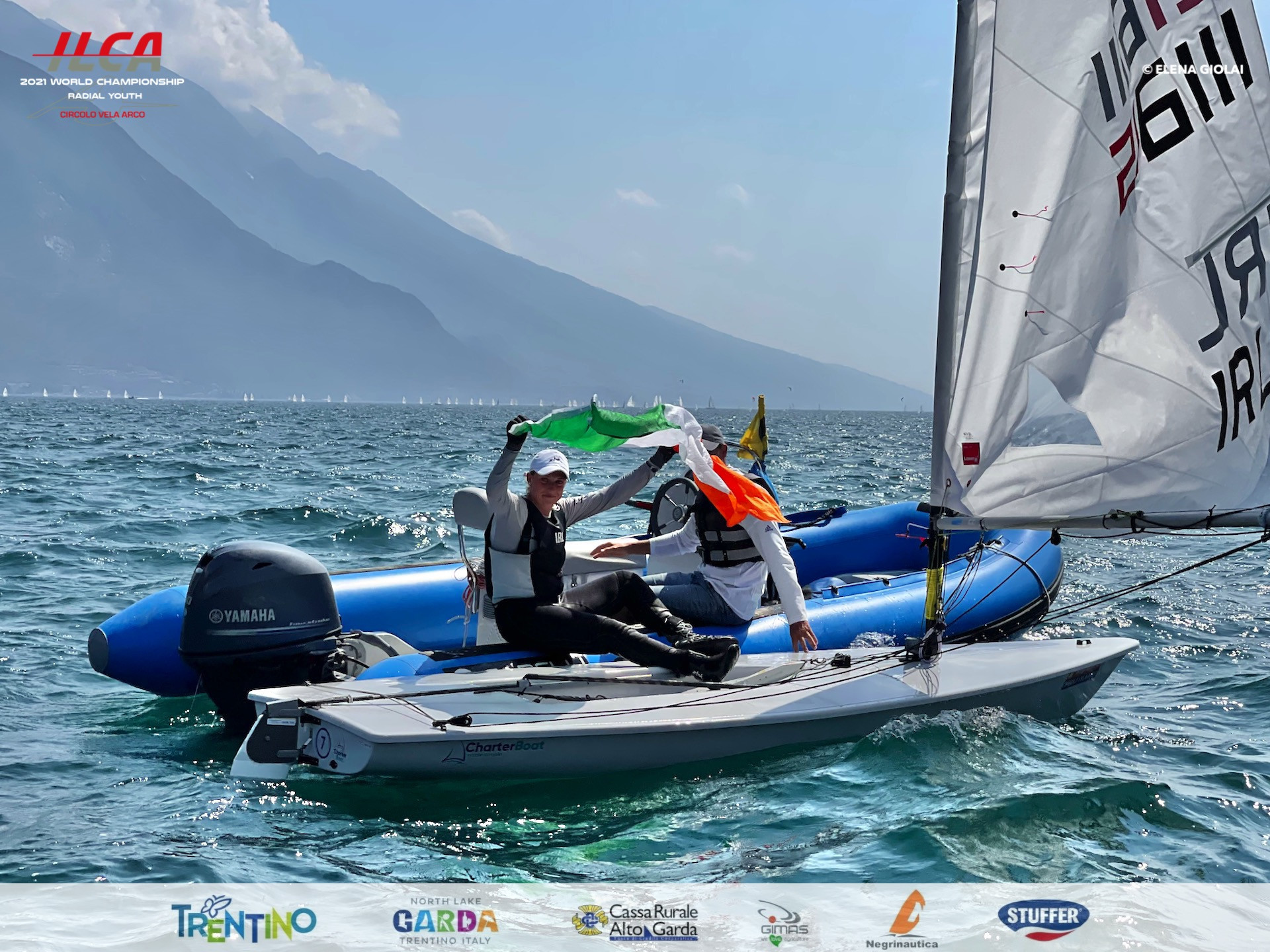 Ireland's Eve McMahon and Italian Mattia Cesana were crowned the women's and men's champions on the final day of the International Laser Class Association (ILCA) 6 Youth World Championships on Lake Garda in Italy.

McMahon held on to the lead she retook yesterday to win the gold with a pair of seventh-place finishes.

She finished the Championships with a net total of 37, in front of Swiss sailor Anja von Allmen who finished first and second today for a net total of 50 points in second overall.

Italian Sara Savelli finished eighth and third for the bronze with 62 points.

Spain's Maria Martinez was third and eighth today to finish on 70 points in fourth, one spot ahead of former leader Alessia Palanti of the Czech Republic.

Palanti finished with 72 points after a 43rd-place finish ended her medal hopes, despite winning the final race of the Championships.

Despite a disappointing final race, Cesana finished top of the standings on a net total of 34 points.

His 10th-place finish had less impact following his third in the penultimate race.

American Chapman Petersen was the closest challenger nine points behind after finishing seventh in today's opener, before winning the final race.

Bermuda's Sebastian Kempe was a distant third on 83.2 points after two disappointing finishes outside the top 15 threatened his bronze medal position.

Luckily for him, Switzerland's Martin Verhulst had a similarly difficult day, finishing 35th in his opener to stop any chance of making the podium, finishing fourth on 92.

Iasonas Kefallonitis of Greece was fifth on 95 points, aided by a second-place finish in the last race.

Although far down the order in 25th, Mattia Santostefano of Italy finished the Championships with a win in the opening race of the day.