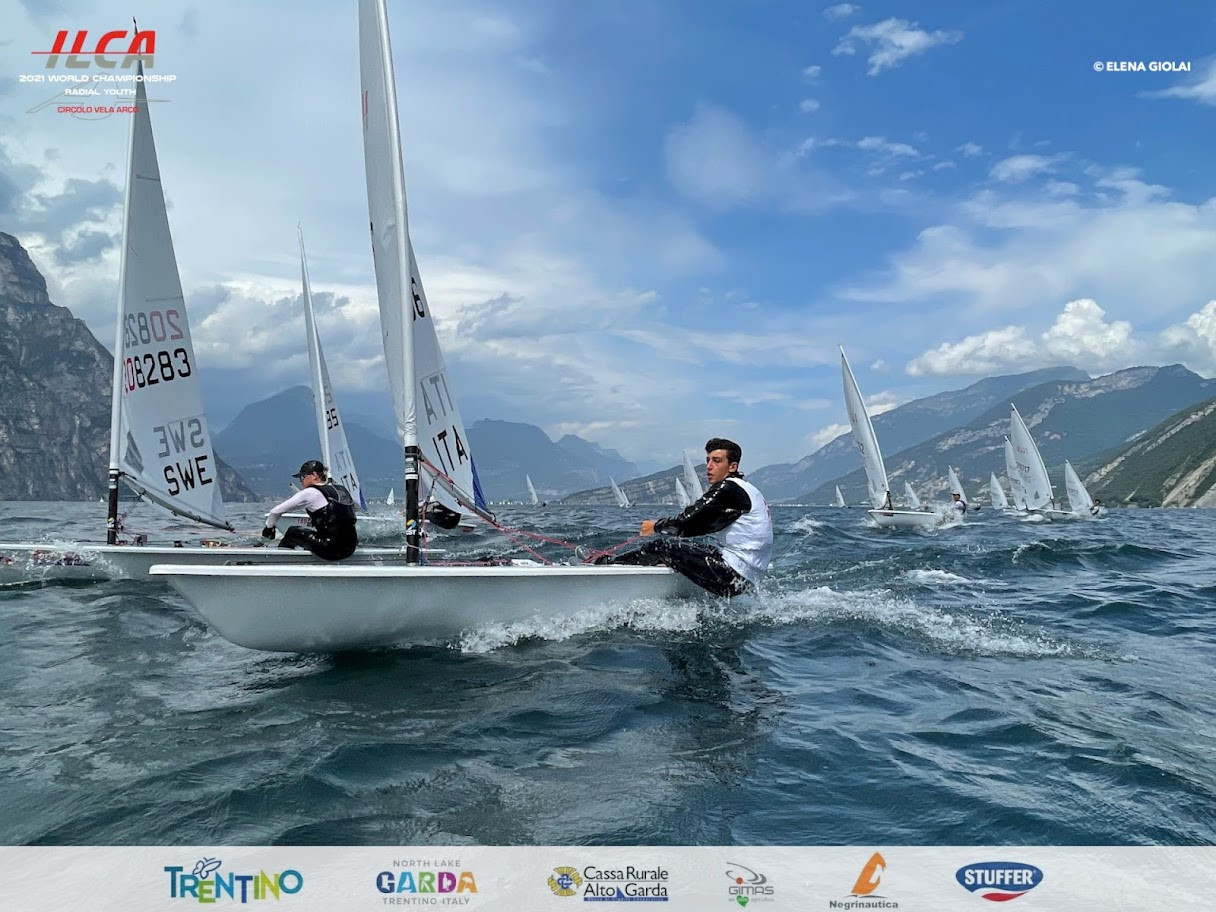 Italy's Mattia Cesana and Ireland's Eve McMahon are one step closer to clinching gold medals in the boys' and girls' races at the International Laser Class Association (ILCA) 6 Youth World Championships in Circolo Vela Arco in Italy on the penultimate day.

Cesana finished fourth in both of his gold fleet races to extend his lead and now sits on a net total of 21 points.

American Chapman Petersen suffered in his third global fleet race, being forced to discard a 32nd, nullifying a respectable third place in the fourth race and now sits on 36.

Bermuda's Sebastian Kempe finished third and eighth to move into third overall on 49.2, and Swiss sailor Martin Verhulst dropped to fourth on 51 points after two finishes outside the top 10.

Ukrainian Oskar Madonich completes the top five on 66 points, but struggled with a best of 15th.

Sweden's Axel Hallquist won the first race of the day and is now 12th on 91, while Brazilian Mathias Reimer had the most successful day, finishing first in the other race, as well as second in the opener.

He is now 13th, one point behind Hallquist.

McMahon moved back into the lead of the girls' race with second and fourth place finishes on a net total of 23, overtaking Czech sailor Alessia Palanti who suffered a disqualification and a 12th place finish, now sitting on 28 points.

Anja von Allmen of Switzerland had two finishes outside the top 10 and is now a distant third on 47 points.

Sara Savelli of Italy sits on 51 in fourth, followed by American Amaya Escudero who had finishes of 19th and 38th, swelling her net total to 57 points.

Aleksandra Lukoyanova of Russia won both races today to move up to 13th, bringing her net total up to 91.