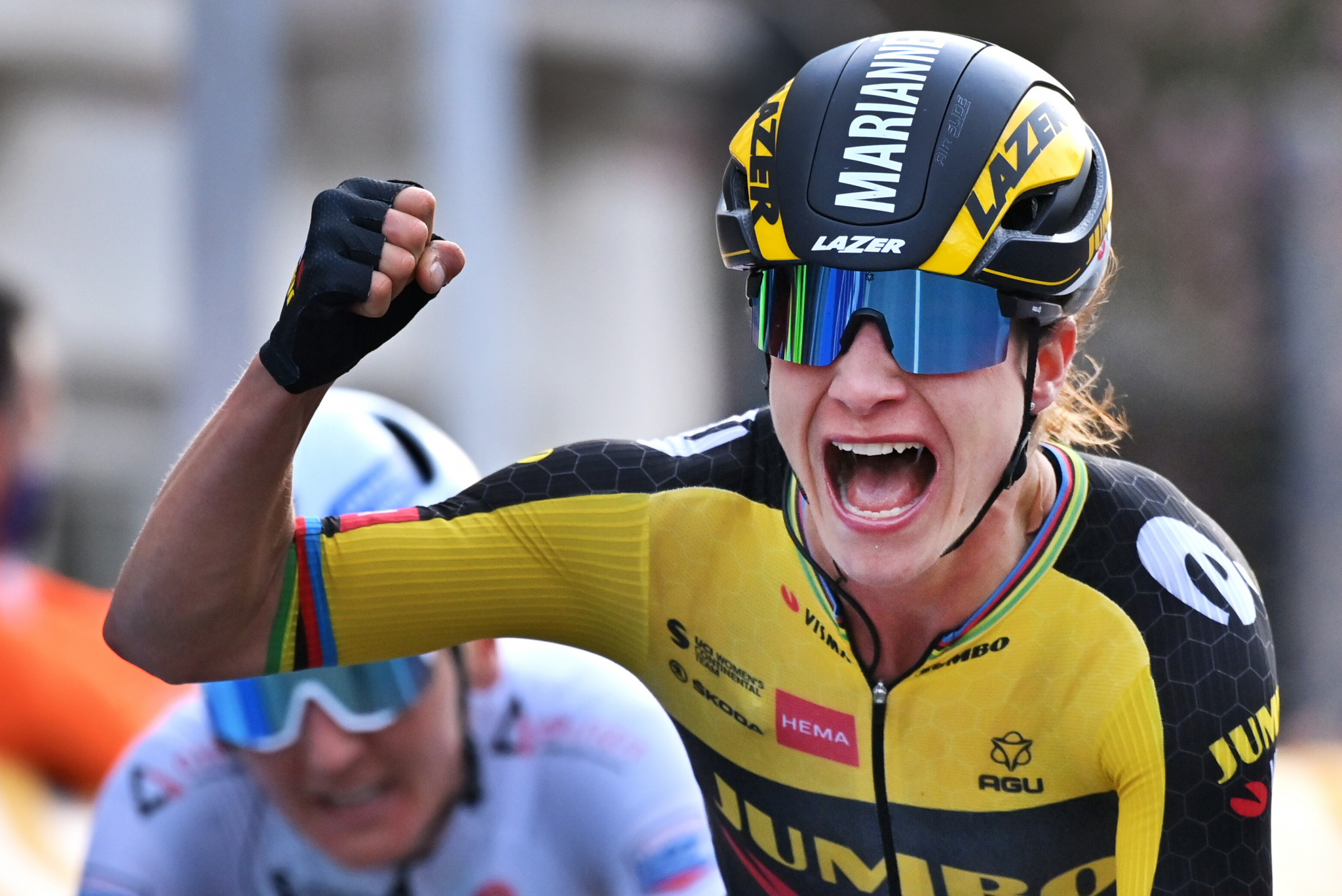 Dutch star Marianne Vos earned the 29th Giro Donne stage win of her career in a sprint finish, following a breakaway in Ovada.

The Team Jumbo-Visma athlete formed part of a four-rider break on the 135-kilometre third stage from Casale Monferrato to Ovada, which moved away on a climb at 50km remaining.

Germany’s Liane Lippert, The Netherlands’ Lucinda Brand and Switzerland’s Elise Chabbey made up the breakaway.

The quartet remained clear of the peloton and contested a sprint at the finish.

Vos emerged as the winner of the sprint in a time of 3 hours 31min 24sec, with Brand finishing as the runner-up on the same time.

Vos, a three-time winner of the race, holds a record of 29 stage wins at the Giro Donne.

She dedicated her latest triumph to Belgian cyclo-cross rider Jolien Verschueren, who died earlier this week of brain cancer at the age of 31.

"But the best thing is to be able to exercise your passion and do what you love.

"It is strange to have lost Jolien this week.

"I thought about her today and that gave me extra strength because I knew how dedicated she was.

"I wanted to have a special race for her today."

Van der Breggen remains in control of the overall standings, with the three-time winner leading from her SD Worx team mates Ashleigh Moolman-Pasio and Demi Vollering.

South Africa’s Moolman-Pasio is 1:21 behind, while Dutch rider Vollering is 1:57 down.

Chabbey has risen up to fourth in the overall standings after her involvement in the breakaway, with the Canyon-SRAM rider now 2:36 off the race lead.

Tomorrow’s stage could be key in the general classification, with a 11.2km individual time trial taking place from Formazza to Riale di Formazza.