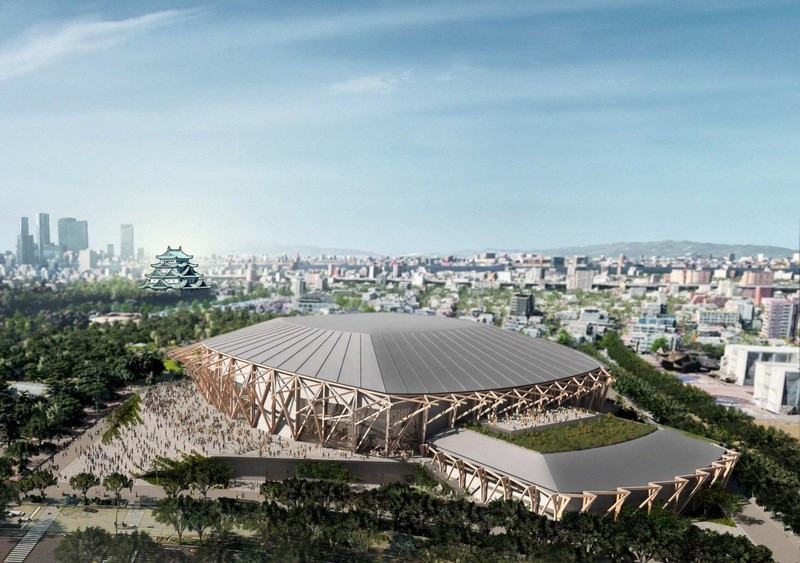 A new gymnasium proposed for the Aichi-Nagoya 2026 Asian Games is expected to open in 2025 and be surrounded by trees.

Plans for the venue in Meijo Park, close to Nagoya Castle, were announced by the Aichi Prefectural Government in February, and renowned architect Kengo Kuma will design the project, as reported by Nagoya News Center.

Kuma designed Japan's National Stadium, which is set to be used for the Opening and Closing Ceremonies at the Tokyo 2020 Olympics, as well as for track and field events.

Other works of Kuma's include the Nagasaki Prefectural Art Museum, Taikoo Li Sanlitun shopping centre in Beijing, the Takanawa Gateway Station in Tokyo and the V&A Dundee design museum in Scotland.

The new venue will have a floor space of approximately 58,000 square metres and will be able to host 17,000 people.

The masterplan for the Games lists judo and wrestling as the sports planned to take place in the new venue.

Most of the other proposed venues for the 2026 Asian Games already exist.

Aichi's Government has already chosen a group of companies to construct and operate the facility.

This group consists of eight companies, led by Maeda Corportation and NTT Docomo.

The Aichi-Nagoya 2026 Asian Games are scheduled to take place from September 18 to October 3 in 2026.