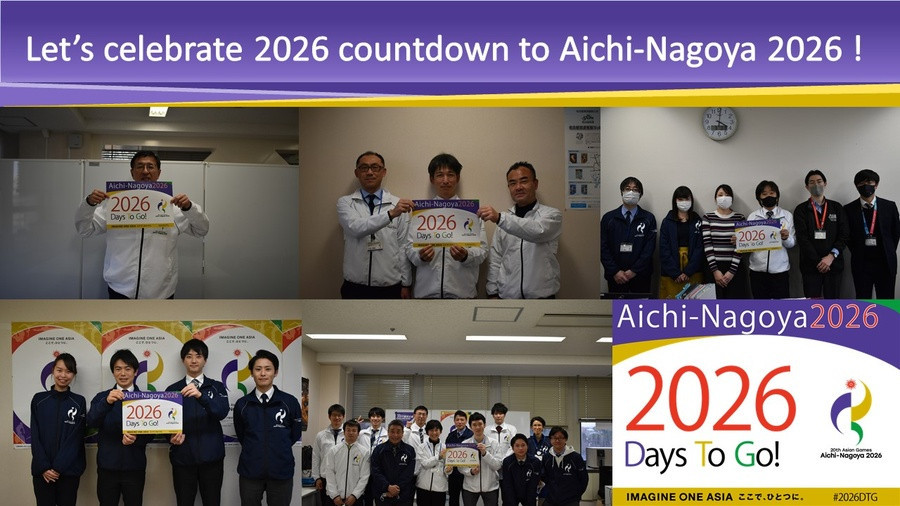 Organisers in Japan have marked 2,026 days to go before the 2026 Asian Games in Aichi-Nagoya.

The milestone fell on Wednesday (March 3) and was celebrated on social media, where people posted photos holding 2,026 days to go signs.

"For the next 2,026 days the Organising Committee will be preparing for a competition that will be welcomed by athletes and everyone coming to the Asian Games in 2026."

Nagoya is the capital of Aichi Prefecture with the 2026 Games due to be the 20th edition.

They are scheduled to take place five years after Japan stages the postponed Tokyo 2020 Olympics in July and August.

Dates of between September 19 and October 4 have been set in 2026, with 15,000 athletes and officials expected.

A slogan for the Games has been revealed - "Imagine One Asia".

Hangzhou in China is due to host the 2022 Asian Games, with Doha in Qatar awarded the 2030 edition and Riyadh in Saudi Arabia 2034.