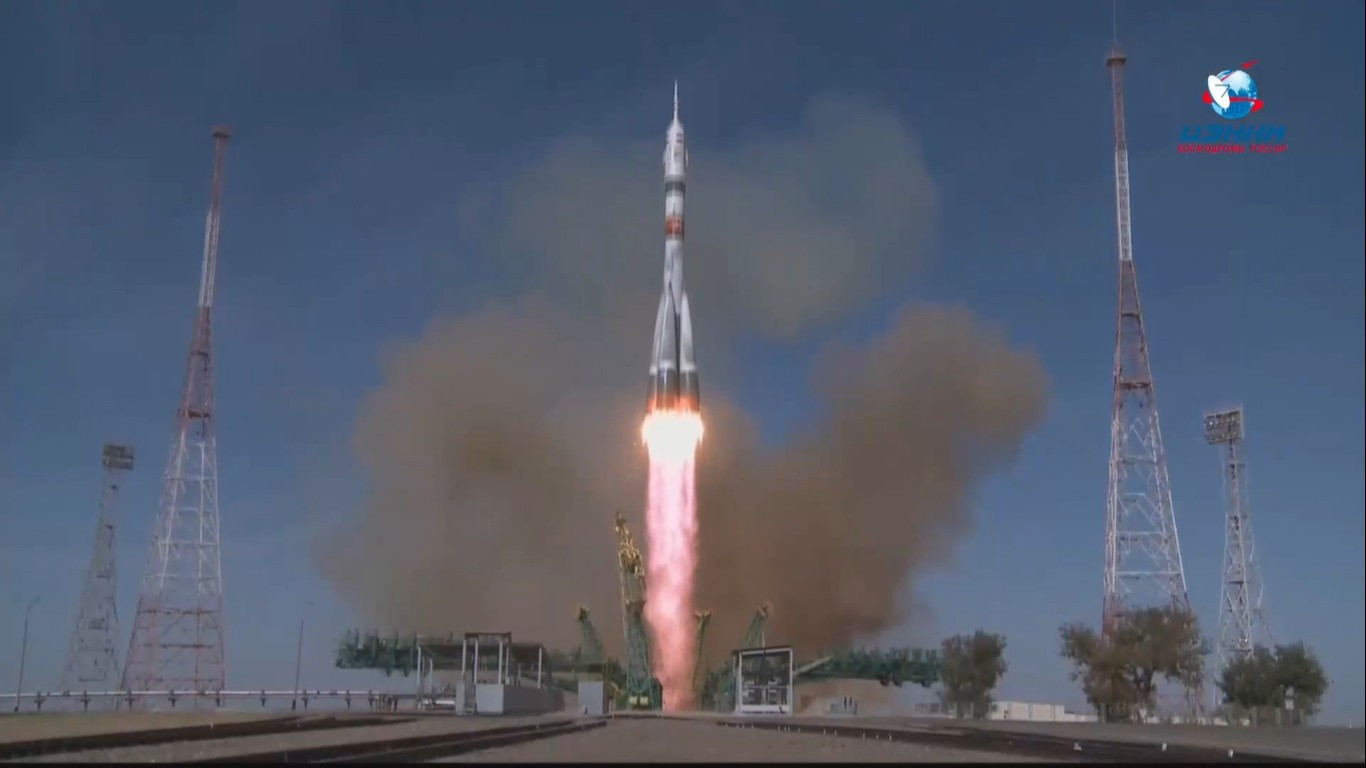 A Russian rocket decorated with sambo symbols has completed a journey to the International Space Station.

The "ultrafast" Soyuz MS-17 spacecraft took off from Kazakhstan and reached its destination in just over three hours.

"Sambo" was inscribed onto the rocket as well as the logo of the All Russian Sambo Federation (RSF), in a bid to promote the martial art.

Russian cosmonauts Sergei Ryzhikov and Sergei Kud-Sverchkov were on board, as well as American astronaut Kathleen Rubins.

They are due to spend 177 days in space, where they will conduct science experiments and attempt to locate and fix an air leak.

Space walks are planned for November and February.

"The launch of the sambo rocket into space is of historical importance for our sport," said RSF President Sergei Eliseev.

"This event is comparable only with the recognition of sambo by the International Olympic Committee, to which we have been striving for 80 years.

"It is worth noting that for us the fact of applying sambo symbols to a launch vehicle is especially important, since so far no sport has been awarded such an honour.

"This event, in my opinion, is a recognition of the merits of sambo to our country."

Sambo has been represented in space before.

In 2018, cosmonaut Oleg Artemyev blasted off with the International Sambo Federation flag to mark the sport's 80th anniversary.