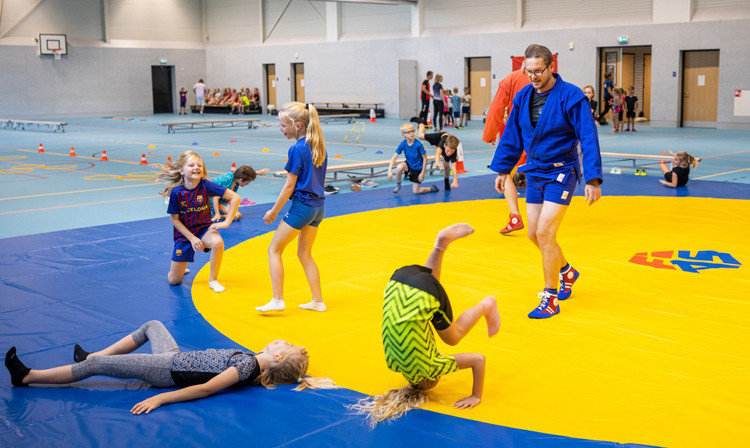 Representatives from the Dutch Sambo Federation organised a presentation of the sport for school children in the city of Ommen.

Conducted by two representatives, Frank Ningbers and Jarik Hallink, it was part of a wider sports event.

"It was a fun day when children could try themselves in different sports," said Ningbers, the secretary general of the Dutch Sambo Federation.

"We hope that in the near future sambo will become even more widely known and will increasingly gain a permanent place in the Dutch sporting landscape."

The Dutch Sambo Federation has been very active in recent months after being recognised as a "top sport" by the Dutch Olympic Committee*Dutch Sports Federation.

This means the nation's top sambists are now eligible to receive certain support from the National Olympic Committee.

It is also currently exploring the possibility of establishing a joint combat centre in Rotterdam, which could benefit sambo in The Netherlands in the long run.