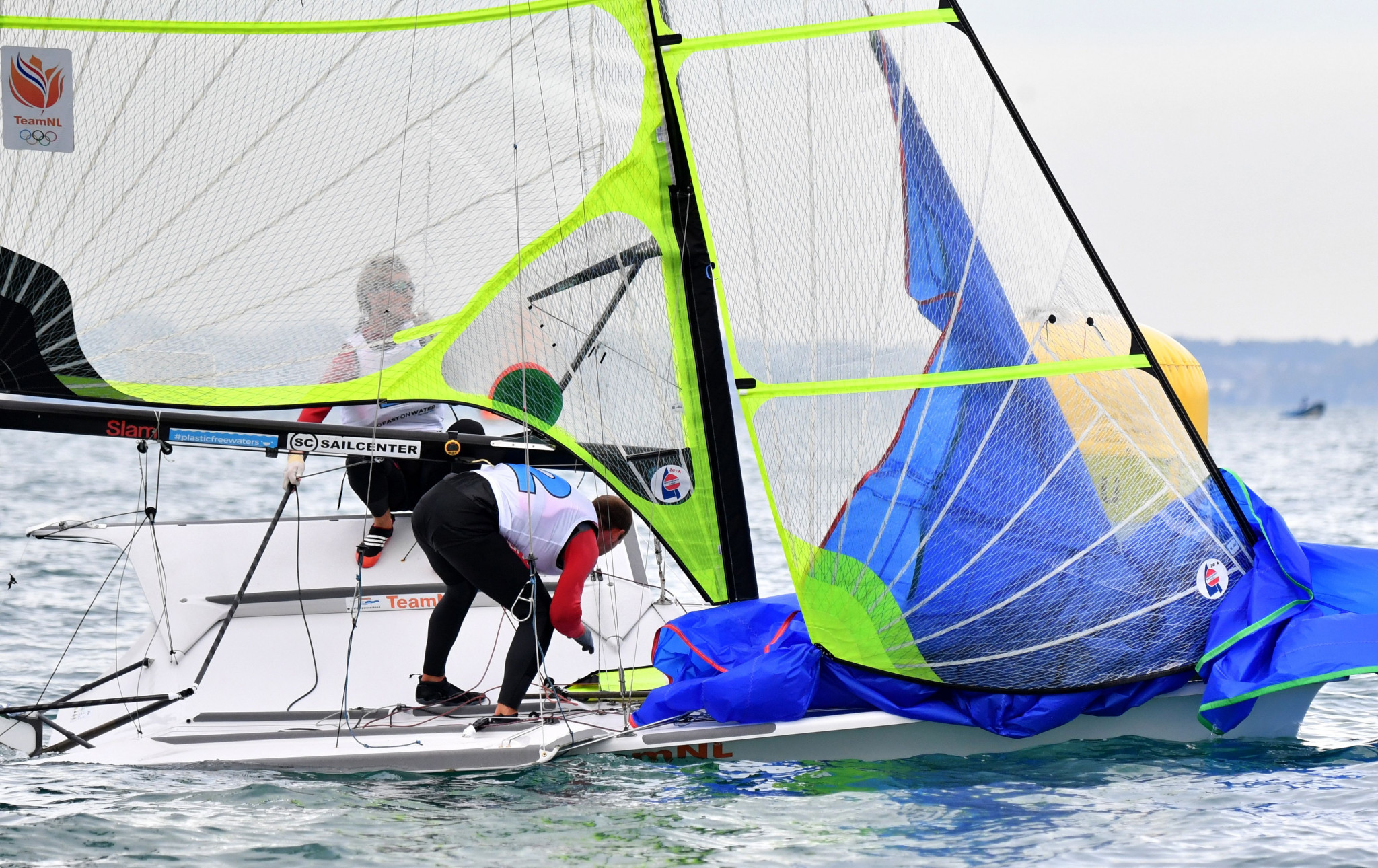 Dutch crew Bart Lambriex and Pim van Vugt have taken the lead at the European 49er Championships after the fourth day of racing in Austria.

Two races were completed in the gold fleet of the 49er, with Lambriex and Van Vugt finishing fourth and having a 27th place finish discarded as their worst result.

They finished the day on a net total of 28.0 points, three ahead of Tim Fischer and Fabian Graf of Germany.

Fischer and Graf triumphed in the opening race and had a 22nd place finish discarded to give them 31.0.

Croatian brothers Šime and Mihovil Fantela, who had led the competition up until day four, dropped down to third after recording disappointing results of 22nd and 13th.

"We were out of phase with the wind today," said Šime Fantela.

Weather conditions on Lake Attersee meant no races took place in the 49erFX and Nacra 17 competitions.

Tina Lutz and Susan Beucke of Germany lead the 49erFX going into the penultimate day of racing tomorrow, while Argentina’s Santiago Lange and Cecilia Carranza Saroli are top of the Nacra 17 standings.