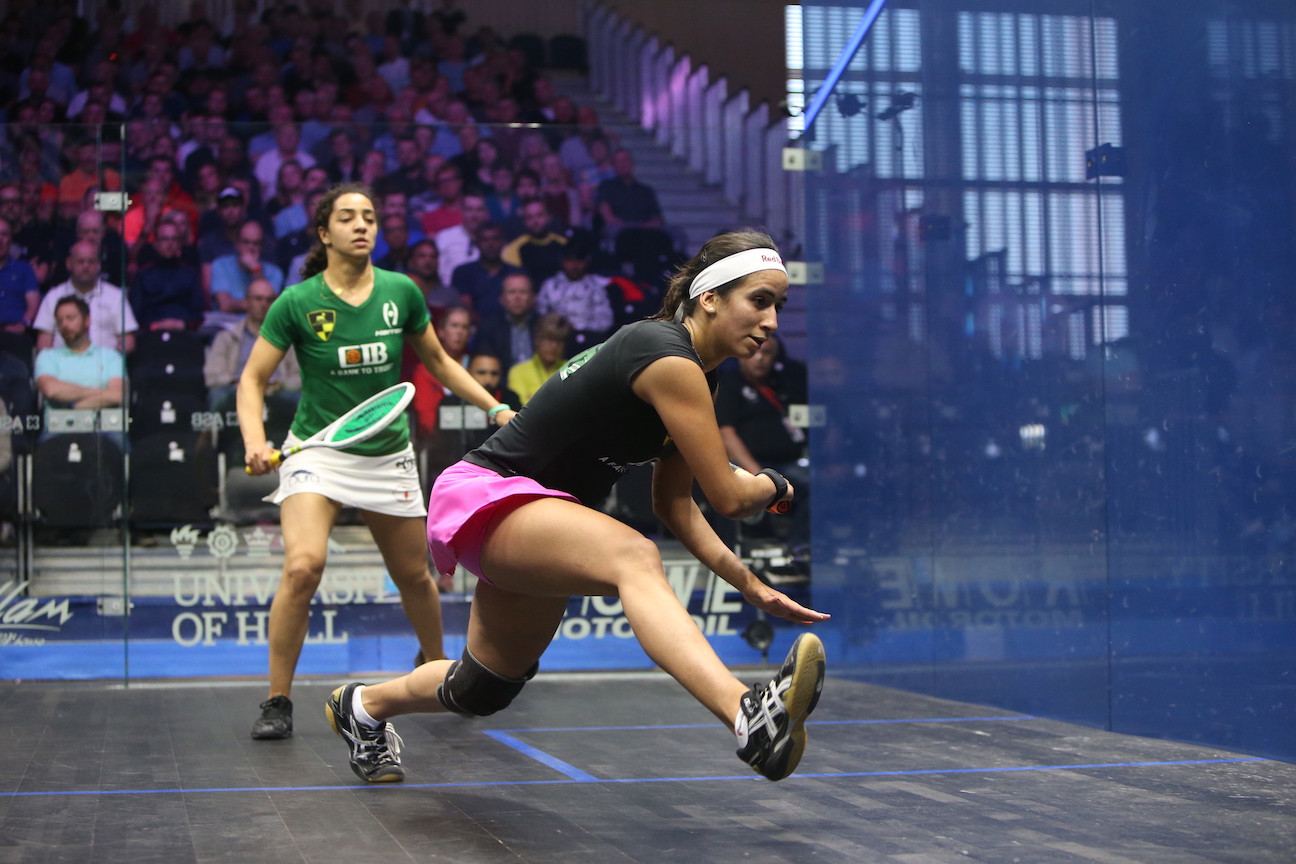 Gohar has moved to the summit of the standings following the retirement of El Welily, who had occupied the position for 19 months.

The Egyptian sits ahead of compatriot Nour El Sherbini, while Camille Serme of France is third.

The PSA World Tour rankings have been frozen due to the coronavirus pandemic, but the women's standings have been updated to reflect El Welily calling time on her career.

"It feels amazing to reach world number one, I’ve been dreaming about this moment since I was a kid and since I first held a squash racket in my hand," said Gohar.

"Reaching this point in my career has always been a dream, especially because I reached the number two spot back in 2017, but at that time it didn’t feel like the number one spot was getting any closer."

Gohar added: "Over the last two seasons I’ve been feeling more solid, more consistent, and I had some really great battles, so I felt stronger on the tour, especially after winning the British Open and US Open back-to-back.

"But I never thought it would be coming this soon.

"I was in shock when I heard about Raneem’s retirement, I didn’t expect it at all by any means.

"She was the one who called me and she told me before announcing it on social media because she wanted it to be something personal.

"I had really mixed emotions,

"I was sad that one of the legends of the game and a good friend and teammate was retiring, she is like a big sister to me and we have shared a lot of memories together."

The men’s rankings remain unchanged, with Egypt’s Mohamed ElShorbagy staying at world number one for a sixth month in succession.