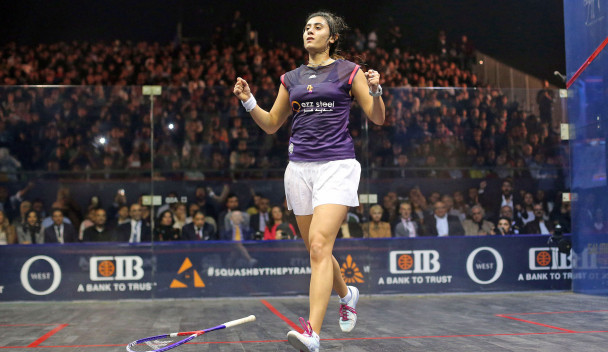 The victor managed to retain her title despite being out of action since March due to a knee injury.

"The last couple of months for me have been really hard," El Sherbini said.

"I didn’t know what I was going to do… but I took the risk and took the decision that I wanted to play this tournament badly, and I wanted to come and try and see how it goes.

"I was getting better every match and I’m very grateful and happy to be standing here right now."

El Welily was aiming to reclaim the title she earned in 2017, but had to settle for runner-up.