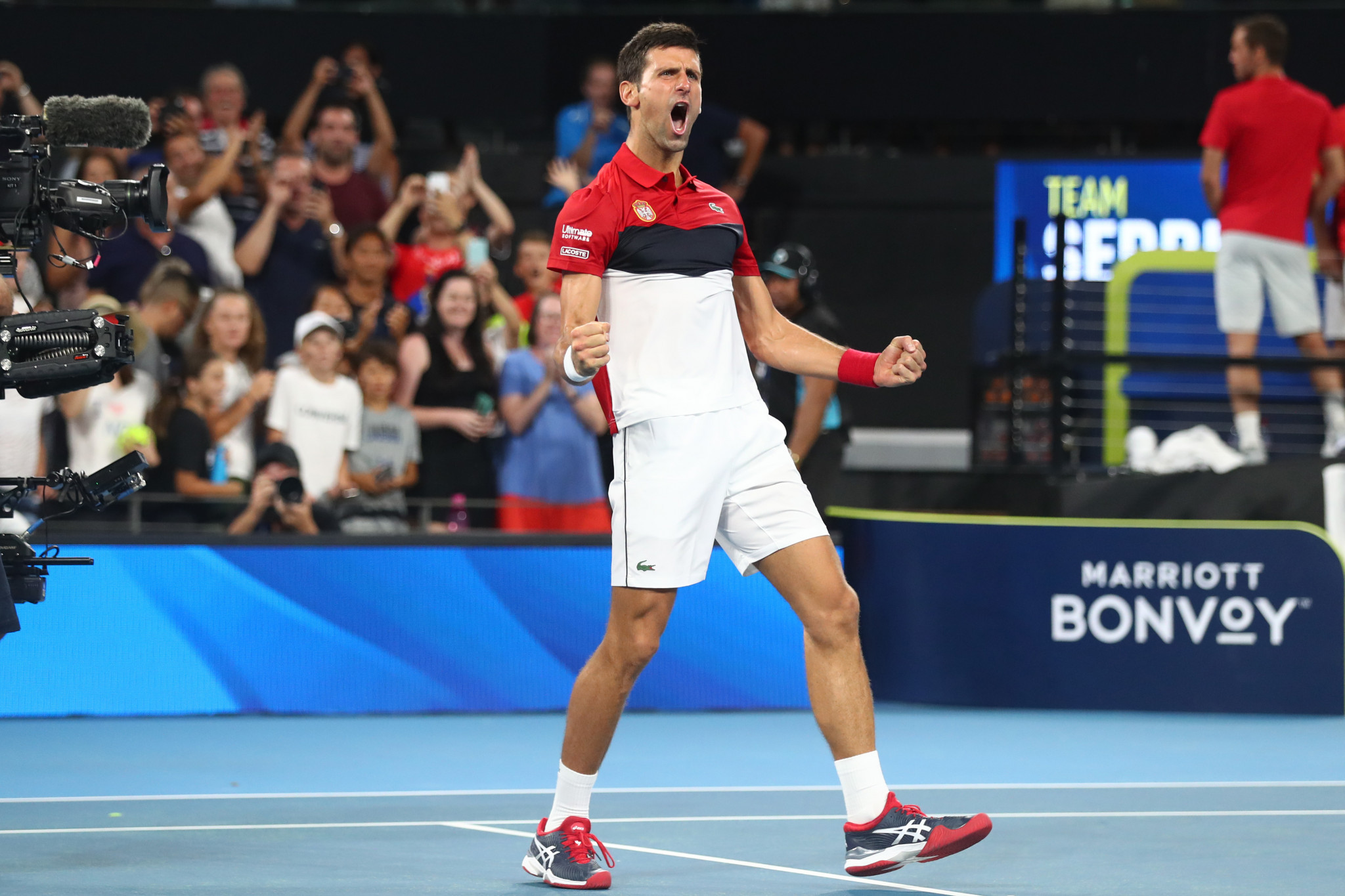 Djokovic gave his country an insurmountable 2-0 lead over South Africa in their opening Group A tie as he beat Kevin Anderson 7-6, 7-6 at the Pat Rafter Arena in Brisbane.

Serbia’s world number two became heated towards the end of a first set in which he had missed four break points to go 5-3 up.

After disputing several calls during the tie-break, he marched over at one point to argue with the umpire and was jeered by the crowd.

Soon after, Djokovic swung his racket towards the crowd, upset with a spectator for calling out during a point.

Anderson, who reached the 2017 US Open and 2018 Wimbledon finals, played with huge resolve in what was his first match in six months following an injury to his knee.

But he was unable to withstand the man who took the Australian and Wimbledon titles last year to bring his total of Grand Slam singles wins to 16.

Nadal won his singles match against Georgia’s Nikoloz Basilashvili 6-3, 7-5 to put his country into a 2-0 lead in their opening Group B match at the RAC Arena in Perth.

His compatriot Roberto Bautista Agut had beaten Aleksandre Metreveli 6-0, 6-0 in the opening match.

There was a shock defeat for world number four Dominic Thiem by world number 28 Borna Ćorić in Austria's clash with Croatia.

After losing the opening set in a tie-break, Thiem appeared to have restored his fortunes against Ćorić as he won the second 6-2 at the Ken Rosewall Arena in Sydney.

However, Ćorić raised his game to overpower his opponent in the decisive set, winning 6-3.

That ensured victory in their opening Group E tie for Croatia, who had won their opening singles match through 2014 US Open winner Marin Čilić, a 6-7, 6-4, 6-4 victor over Dennis Novak.

In the opening Group A match, France overcame Chile 2-1, with victory being delivered by singles wins for Benoit Paire and Gaël Monfils.

Every ace served at the ATP Cup will raise money to support people and communities across Australia affected by the devastating bushfires.

Each served at the competition will deliver AUD$100 (£53/$70/€63) to the Australian Red Cross bushfire disaster relief and recovery efforts.