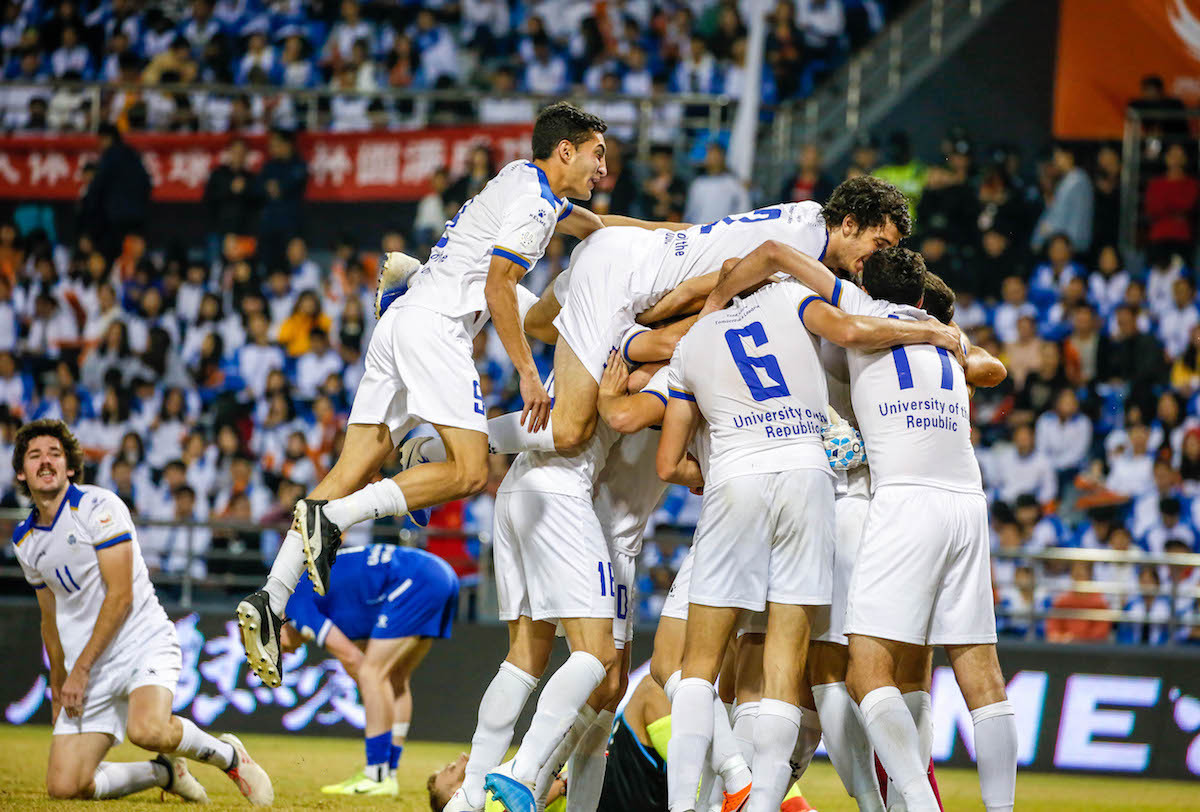 No further goals were scored in regulation time and the decisive moment came with just seven minutes left of extra time.

Joel Beattie conceded a penalty for a foul in the area and Palomeque scored his second of the game from the spot to seal victory for the Uruguayans.

"I was trying to be as calm as possible in that moment [the penalty] because it was a decisive one," Palomeque, who was also named as player of the tournament, said.

"I tried to bring myself into a calm state and get some power inside me.

"I had to do my best and score the goal that I believe won the game for us.

"I am extremely happy for my team-mates because they have worked really hard.

"The Australians were a really quick team and we had to run a lot.

"Usually in football you have more losses than wins, so this was really a dream come true for us."

The University of the Republic will automatically enter the 2021 edition of the tournament so will have the chance to defend their title.