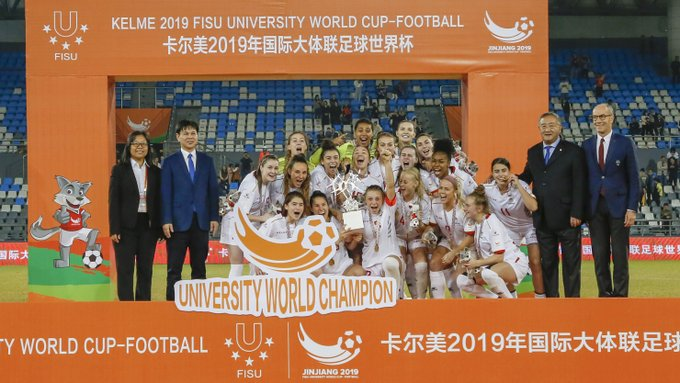 The University of Ottawa quickly won a corner in the opening minute of the tie against Brazil's Paulista University at the Jinjiang Football Park Stadium.

Goalkeeper Fernanda Laís Delazere was unable to collect the delivery, which allowed Morgan to nod the ball into the net.

It ended Paulista University's sterling defensive record, with the Brazilians having reached the final without conceding a goal.

Paulista University went close to an equaliser as half-time approached, with a rasping effort from distance by Julia Bianchi crashing against the crossbar.

University of Ottawa were able to preserve their narrow advantage throughout the second half, with the 1-0 scoreline ultimately enough to clinch the trophy.

An equaliser in the second half forced the match to penalties.