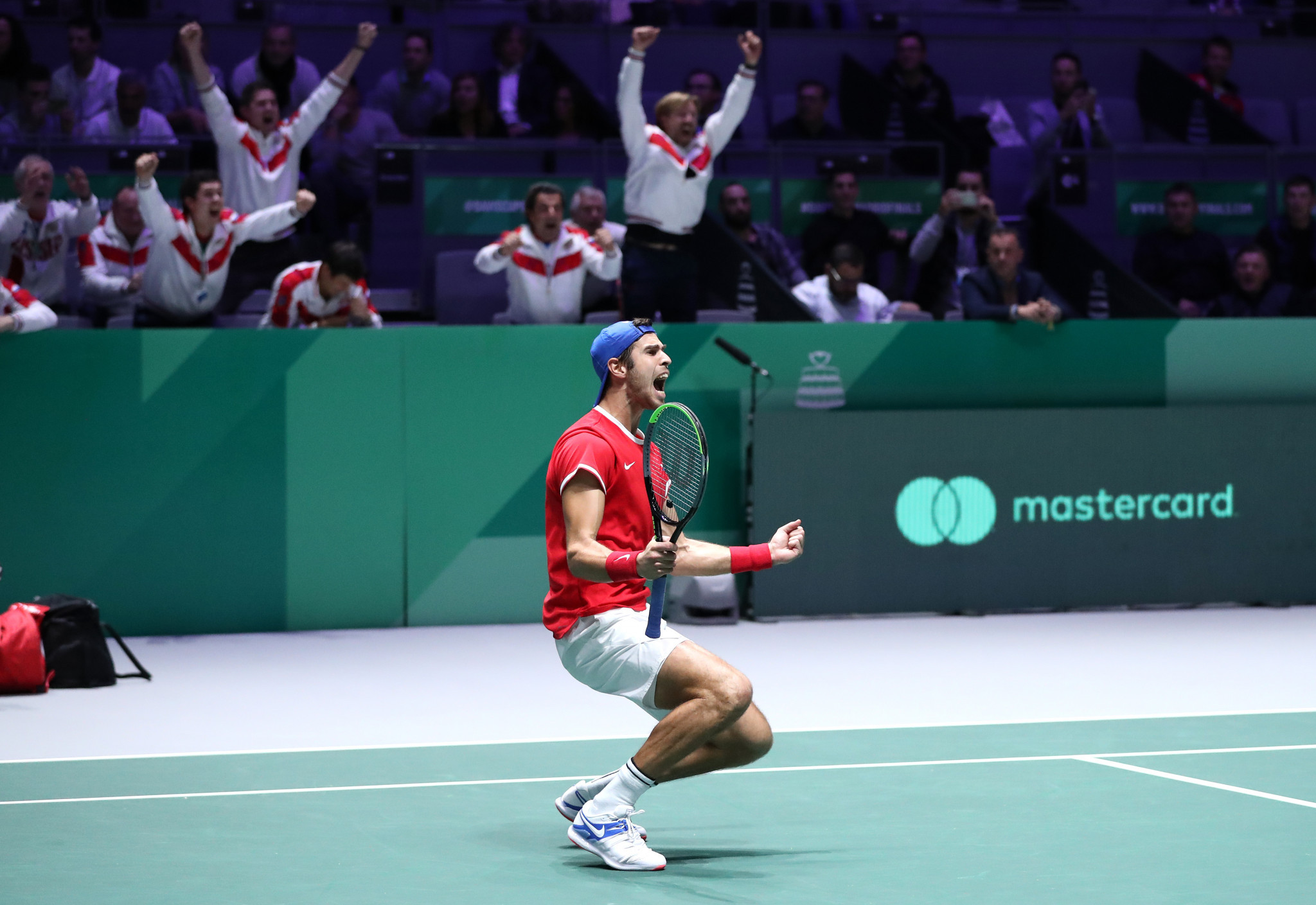 Russia booked their place in the last four of the Davis Cup Finals by edging Serbia in a dramatic third set tie-break to win the crucial doubles rubber in Madrid.

The quarter-final began in fine fashion for the Russian team, as Andrey Rublev delivered a dominant performance in the first singles match at La Caja Mágica.

Rublev cruised to a 6-1, 6-2 win over Filip Krajinović to heap pressure on the Serbian team.

World number two Novak Djokovic showed no sign of nerves, as the Serbian star guided his team back on level terms by winning his singles match 6-3, 6-3 against Karen Khachanov.

Djokovic was also called upon to form part of Serbia's men's doubles team with Viktor Troicki, but was unable to prevent Rublev and Khachanov winning the opening set 6-4.

Djokovic and Troicki won the second set by the same score to force the contest into a decider, which was eventually settled in a tie-break.

Russia were left celebrating at the conclusion, after Rublev and Khachanov saved three match points before winning the tie-break 10-8 to seal a 6-4, 4-6, 6-4 win.

The result saw Russia advance to a first Davis Cup semi-final since 2008, with the two-time winners edging closer to a first title since 2006.

Russia will now face Canada, who booked their place in only their third Davis Cup semi-final by beating Australia 2-1 yesterday in the new-look tournament.

Hosts Spain secured a semi-final place in the late match held today, with world number one Rafael Nadal leading their team against Argentina.

Rafael Nadal responded for the hosts by beating Diego Schwartzman 6-1, 6-2.

Nadal then won the men's doubles with Marcel Granollers, as the pair overcame Máximo González and Leonardo Mayer 6-4, 4-6, 6-3.

Spain will now face Britain, who overcame Germany in their quarter-final match.

Kyle Edmund continued his return to form by beating Philipp Kohlschreiber in straight sets 6-3, 7-5 in the first singles tie.