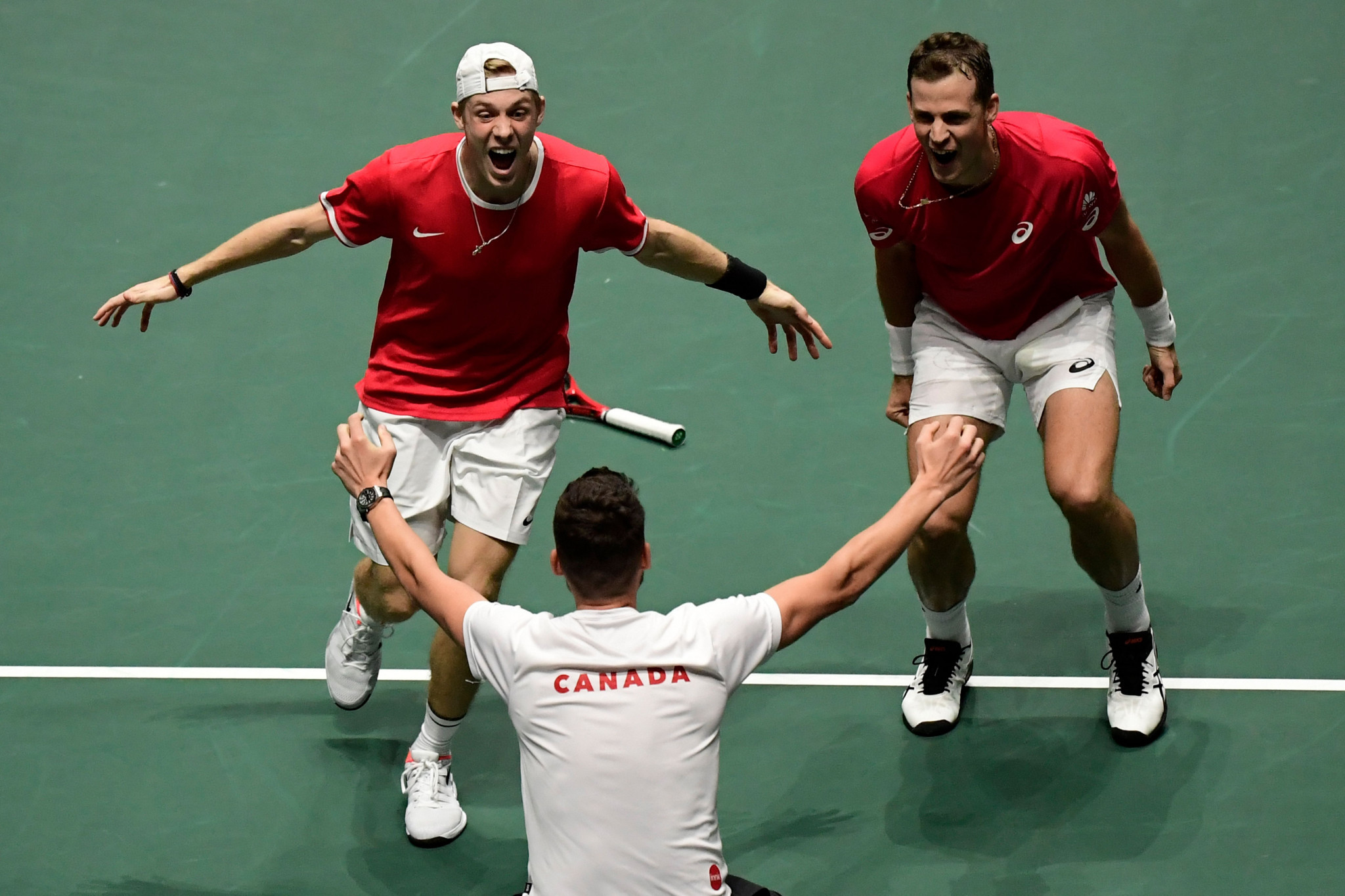 Canada secured their place in the last four of the Davis Cup Finals after beating Australia 2-1 in Madrid tonight.

The deciding doubles rubber saw Canada's Vasek Pospisil and Denis Shapovalov break early in the first set against John Peers and Jordan Thompson and then steal the advantage in the ninth game of the second to clinch a 6-4, 6-4 win at the Spanish capital's La Caja Mágica.

Pospisil had earlier given Canada a 1-0 lead by defeating John Millman, a surprise inclusion in Australia's side, 7-6, 6-4.

Alex de Minaur brought Australia level after fighting back from a set down against Shapovalov to take the second singles match 3-6, 6-3, 7-5, but it was Canada who held their nerve when it really mattered in the doubles.

Awaiting Canada in the semi-finals will be the winner of tomorrow's clash between Russia and Serbia, who won their winner-takes-all tie against France today to progress through to the quarter-finals from Group A.

It came after Filip Krajinović had overcome Jo-Wilfried Tsonga 7-5, 7-6 in a close encounter to give Serbia a 2-0 advantage with only the doubles rubber to play.

Nicolas Mahut and Pierre-Hugues Herbert beat Janko Tipsarević and Viktor Troicki 6-4, 6-4 to put France on the board, but the top seeds and 10-time champions could not advance as one of the best two runners-up by virtue of their record on sets.

Also triumphing in a crucial tie to reach the quarter-finals were Great Britain, defeating Kazakhstan 2-1 in Group E.

Kyle Edmund had earlier stepped up in Andy Murray's absence to give Britain the perfect start with a 6-3, 6-3 success over Kukushkin in the first singles rubber.

Bublik then restored parity with a 5-7, 6-4, 6-1 win over British number one Dan Evans to ensure the doubles match was needed to separate the two sides.

Murray and Davis Cup debutant Skupski breezed through the first set in just 25 minutes before needing to break twice in the second to clinch victory.

They took their second match point when Kukushkin fired wide.

Britain now face Group C winners Germany, who secured the one rubber they needed against Chile when Philipp Kohlschreiber defeated Nicolas Jarry 6-4, 6-3 in the singles.

Cristian Garín brought Chile level with a 6-7, 7-6, 7-6 win over Jan-Lennard Struff, but it was Germany who ultimately prevailed thanks to a 7-6, 6-3 victory for Kevin Krawietz and Andreas Mies over Marcelo Tomas Barrios Vera and Alejandro Tabilo.

The other last-eight tie tomorrow pits Argentina, one of two best-placed runners-up along with Russia, against Spain.