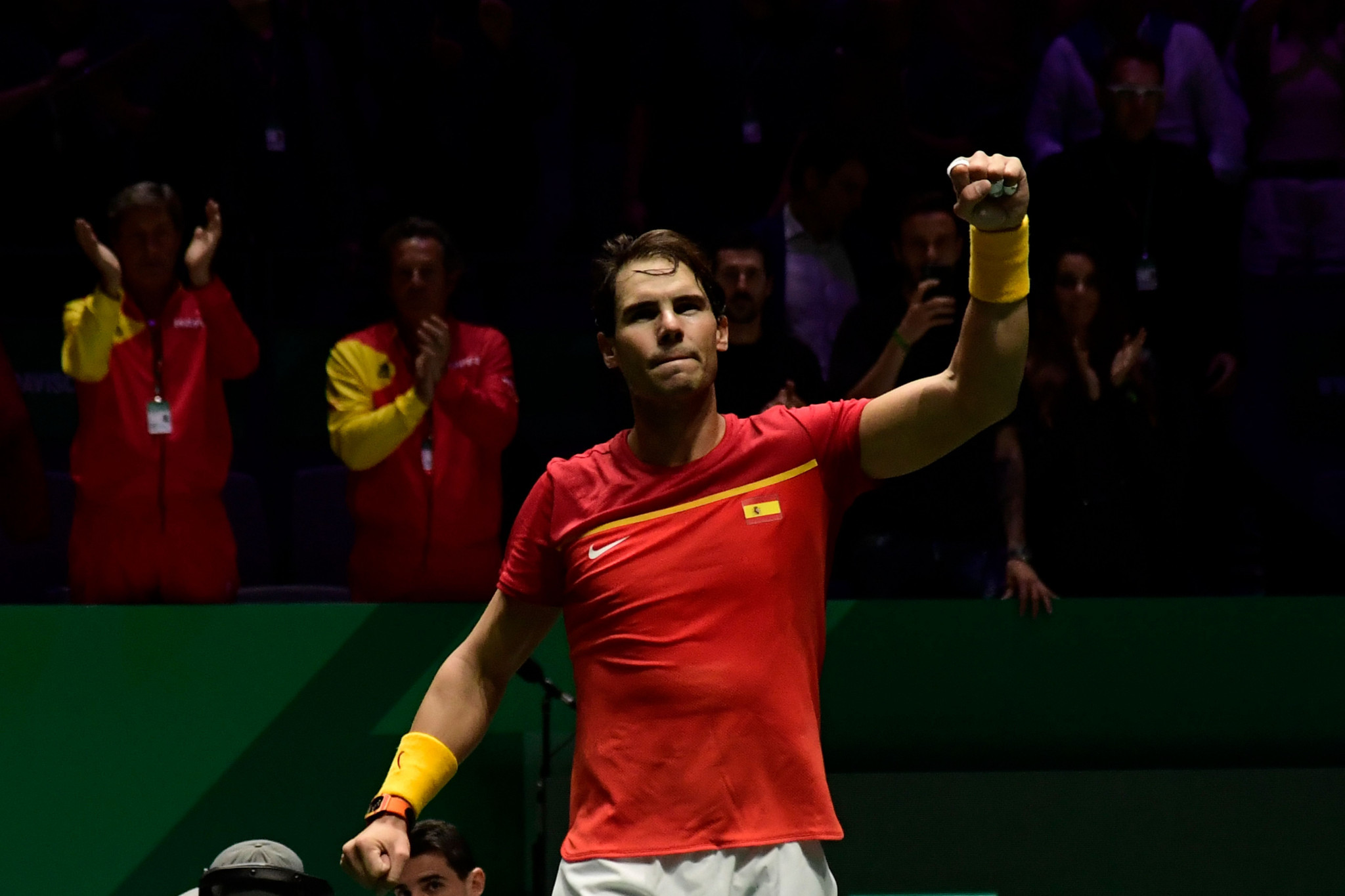 Spain ended Croatia’s reign as Davis Cup holders as the host nation booked their place in the quarter-finals in Madrid.

The Croatian team faced an uphill task of keeping their title defence alive after suffering a 3-0 defeat to Russia in their opening Group B match at La Caja Mágica.

World number one Rafael Nadal completed the job for Spain by clinching a straight sets 6-4, 6-3 win over Borna Gojo.

The result guaranteed Spain a quarter-final spot prior to the doubles rubber being played, while Nadal’s Davis Cup record improved to 26 wins and a solitary defeat.

Novak Djokovic, who missed out on the chance to displace Nadal at the top of the world rankings at the ATP (Association of Tennis Professionals) Finals, led Serbia in their first match of the new look finals.

Djokovic wasted no time in overcoming Yoshihito Nishioka, the Serbian star winning 6-1, 6-2 to confirm their victory.

Serbia’s Janko Tipsarević and Viktor Troicki then combined to beat Ben McLachlan and Yasutaka Uchiyama 7-6, 7-6 in the doubles.

The result puts Serbia top of Group A prior to their meeting with France tomorrow, who had begun the tournament by beating Japan 2-1.

Britain’s Andy Murray played his first Davis Cup match for three years as he continues his recovering from hip surgery.

Murray came from a set down to beat The Netherlands’ Tallon Griekspoor 6-7, 6-4, 7-6 in Britain’s Group E opener.

Jamie Murray and Neal Skupski clinched a 6-4, 7-6 victory in the doubles over Wesley Koolhof and Jean-Julien Rojer to give Britain a narrow win.

They are due to play Kazakhstan tomorrow with the winner advancing to the quarter-finals.

Germany top Group C following a 3-0 win over Argentina, with the Europeans not set to play Chile to secure their passage through.

Australia and Belgium met today to determine the winner of Group D, with both nations having already conquered Colombia.

Australia won both singles matches to secure victory and set up a meeting with Canada in the quarter-finals.

With Canada already qualified from Group F, Italy and the United States went head-to-head in the hope they can secure one of the best second place spots.