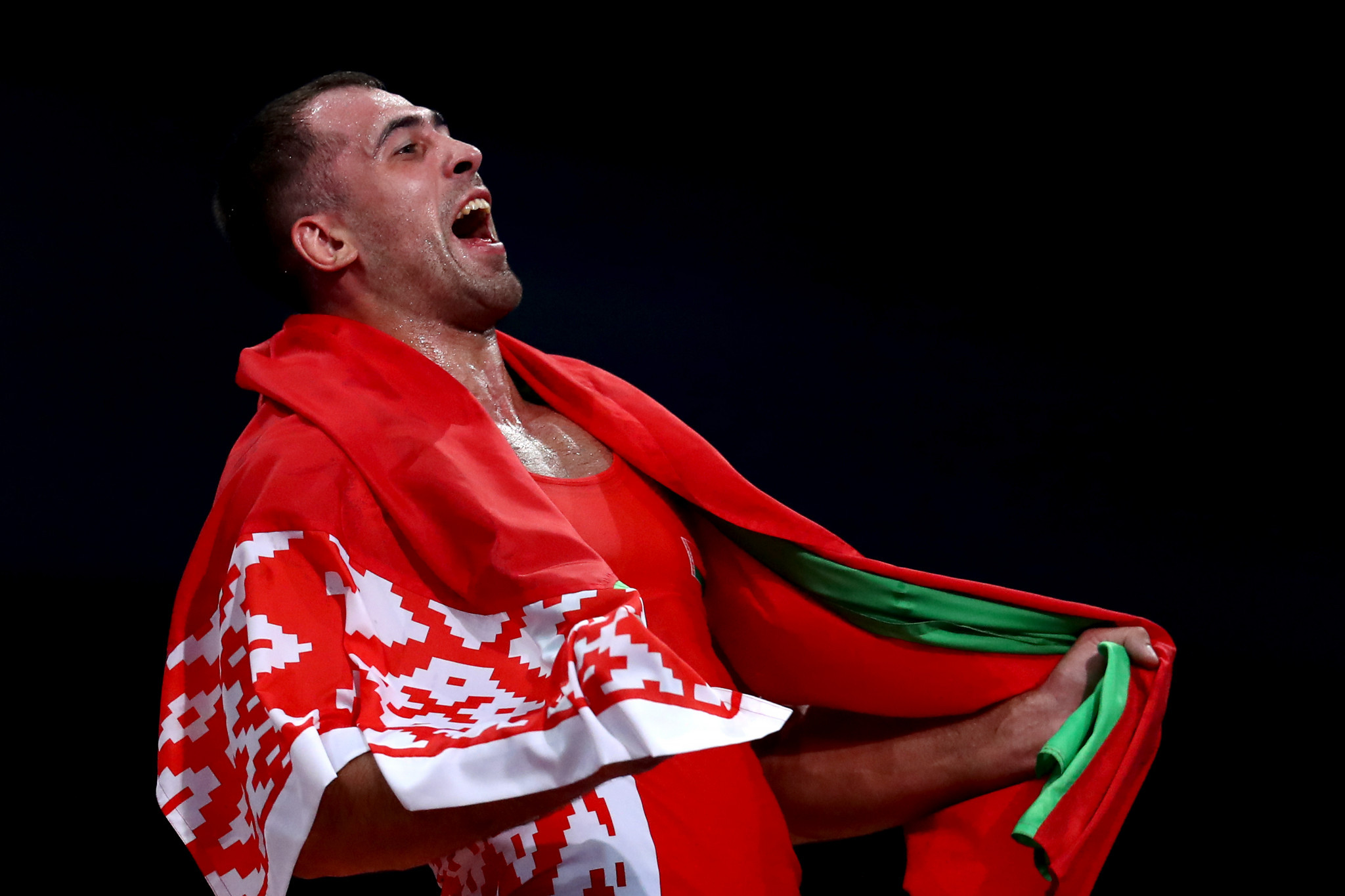 Belarusian wrestler Kiryl Hryshchanka has been stripped of the gold medal he claimed in the Greco-Roman 130 kilograms event at this year's European Games in Minsk for doping.

Kajaia has been upgraded to gold following Hryshchanka's disqualification, while Russian Sergey Semenov moves up to silver.

Mykola Kuchmii of Ukraine, who lost to the Belarusian in the quarter-finals, has been promoted to bronze.

The other bronze medal in the division was claimed by Azerbaijan's Sabah Shariati, whose result is unaffected by Hryshchanka being disqualified.

Hryshchanka is facing a doping suspension from United World Wrestling, who will determine the sanction which should be given to the Belarusian athlete.

He was one of two athletes to fail a drugs test during the European Games in Minsk.

The EOC said Croatian boxer Damir Plantić had tested positive for Carboxy-THC, a metabolite of tetrahydrocannabinol, formed in the body after cannabis is consumed.

Plantić competed in the light heavyweight division at Minsk 2019 and was beaten in the round of 16 by Bayram Malkam of Turkey.

The EOC said 1,170 athletes were tested at the Games, more than 25 per cent of the total number of competitors at the event.

Russian Rustam Dolaev has been stripped of the silver medal he earned in the men's 51kg freestyle wrestling division at the European Youth Olympic Festival in Baku.

Dolaev's sample from the event was found to have contained meldonium, prohibited in and out-of-competition by the World Anti-Doping Agency and which is often used to treat heart disease.

He lost the final to Azerbaijan's Kanan Heybatov at the multi-sport event in July.

Constantin Chirilov of Moldova has been promoted from bronze to silver, with his bronze awarded to Otar Mamulashvili of Georgia.