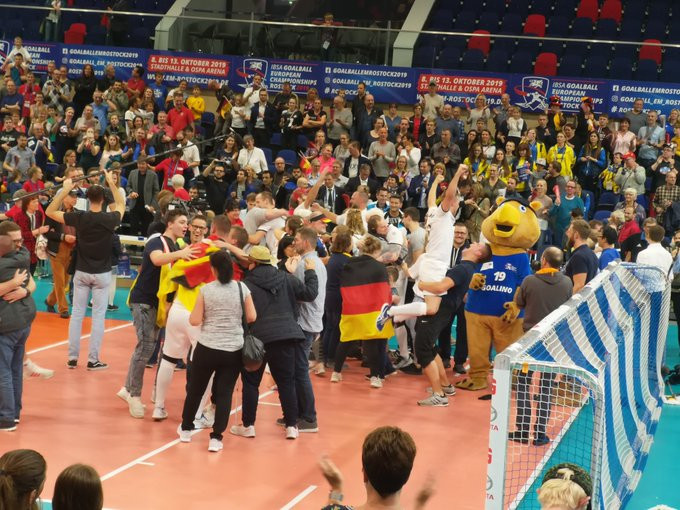 Germany were in impressive form as they despatched their Ukrainian rivals 6-2 at StadtHalle.

Paralympic gold medallists Turkey clinched the women's honours after they fought back with an improved second-half display to see off Israel.

The Turkish team trailed 5-3 at the break but rallied after the restart to record an 8-6 victory.

Turkey had earlier been denied the bronze medal in the men's event as they were beaten 7-6 by Paralympic champions Lithuania.