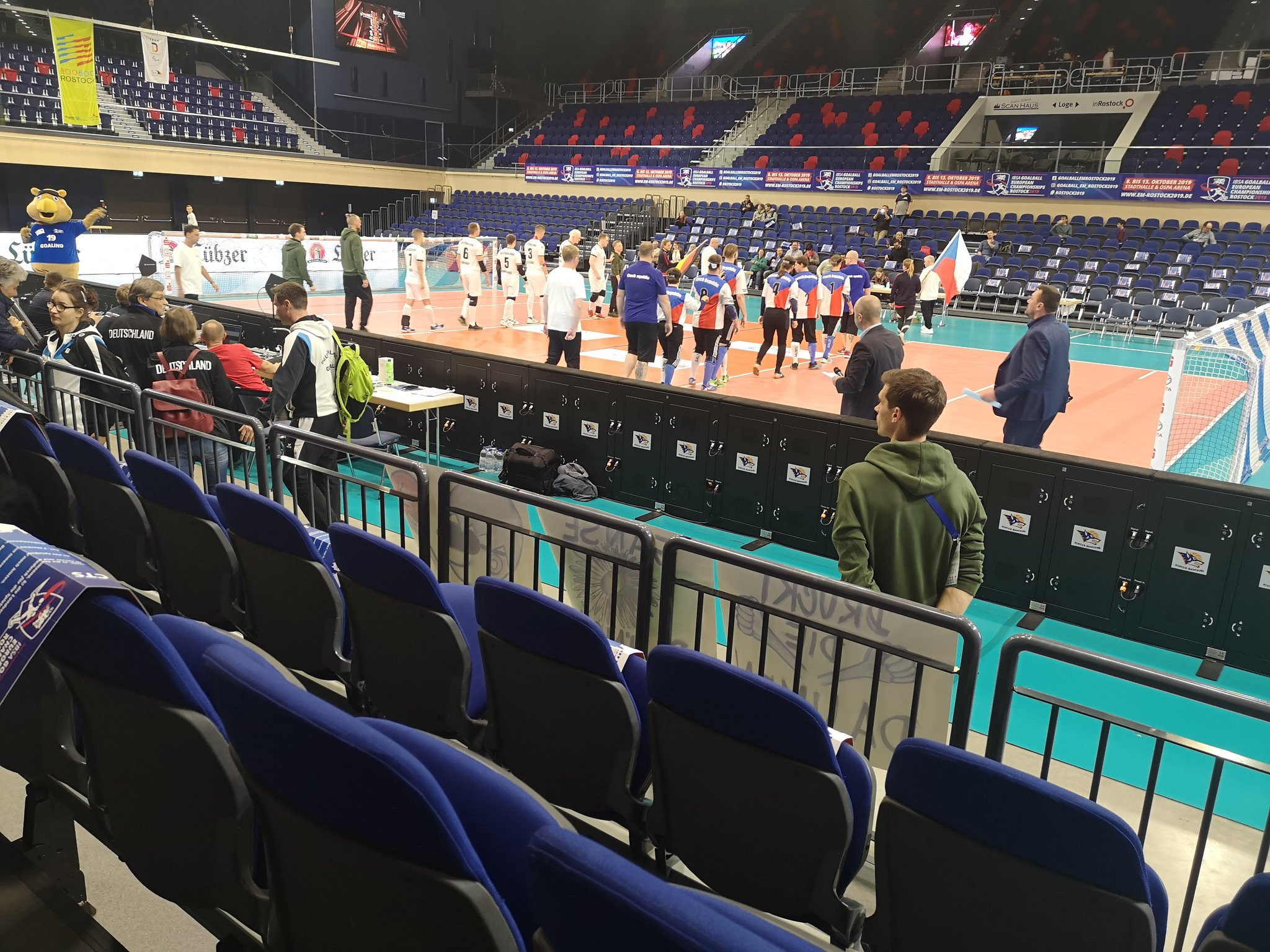 The German men's team secured a 3-2 win against Finland at Stadthalle Rostock before completing their Pool B campaign with an 8-5 victory against Czech Republic later in the day.

The Czech Republic had earlier succumbed 6-5 against Spain, as they failed to register a victory in the pool phase.

Belgium bounced back from yesterday's 10-0 loss to Germany by defeating Spain 8-1.

Defending champions Lithuania edged a tight Pool A match against Turkey 3-1 as they ensured their spot in the quarter-finals, which begin tomorrow.

Sweden finished bottom of the pool with four defeats from four games.

Germany are four wins from four after beating the Czechs 8-5!

They were stunned by Greece in a 7-5 defeat, but bounced back at Ospa-Arena to overcome Finland 11-5 and advance to the quarter-finals.

Finland had earlier lost 1-0 to Ukraine, who also booked a last eight spot.

They won 9-4 against Denmark for a third win from four games.

In Pool Y, Turkey won 8-2 against Israel 8-2 as Britain and The Netherlands shared a 2-2 draw.

With The Netherlands losing to Israel 8-2, they have picked up just one point from four matches and miss out on the quarter-finals.

Hosts Germany lost 12-2 to Turkey but both teams had already reached the last eight.

Britain won 4-3 against already-qualified Israel to scrape into the quarter-finals in fourth place in the group.