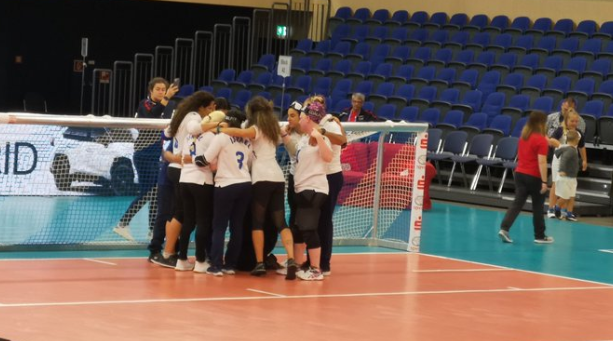 Having shocked Pool X winners Russia 6-2, Britain were in great form going into the last-four clash at StadtHalle, Rostock.

At the interval the score was 1-1, with the match on a knife-edge, but Israel were just too strong in the second half.

In the other game, Turkey were convincing 7-0 winners over Germany.

The first semi-final in the men's event was between Ukraine and Turkey.

The Ukrainians had stormed into the last four with five successive victories, while Turkey scraped through after a 7-5 win over Finland.

However, Turkey were 1-0 up at halftime and a surprise looked on the cards, but three goals in the second half saw Ukraine through to the final.

A Michael Feistle penalty straight after the restart sends Germany into the final! ? #Rostock2019

(The video below shows the German team celebrating) pic.twitter.com/fg8c8q7q3f

In the second semi-final, defending champions Lithuania were up against Germany in a rematch of the 2017 final and it turned into a classic.

Germany had two first-half penalties saved, but still led 2-0 at the break.

But Lithuania weren't going to give up their crown lightly and a last-gasp equaliser to make the score 3-3 pushed the match into golden goal.

Their luck ran out, however, thanks to a penalty from Germany's Michael Feistle.