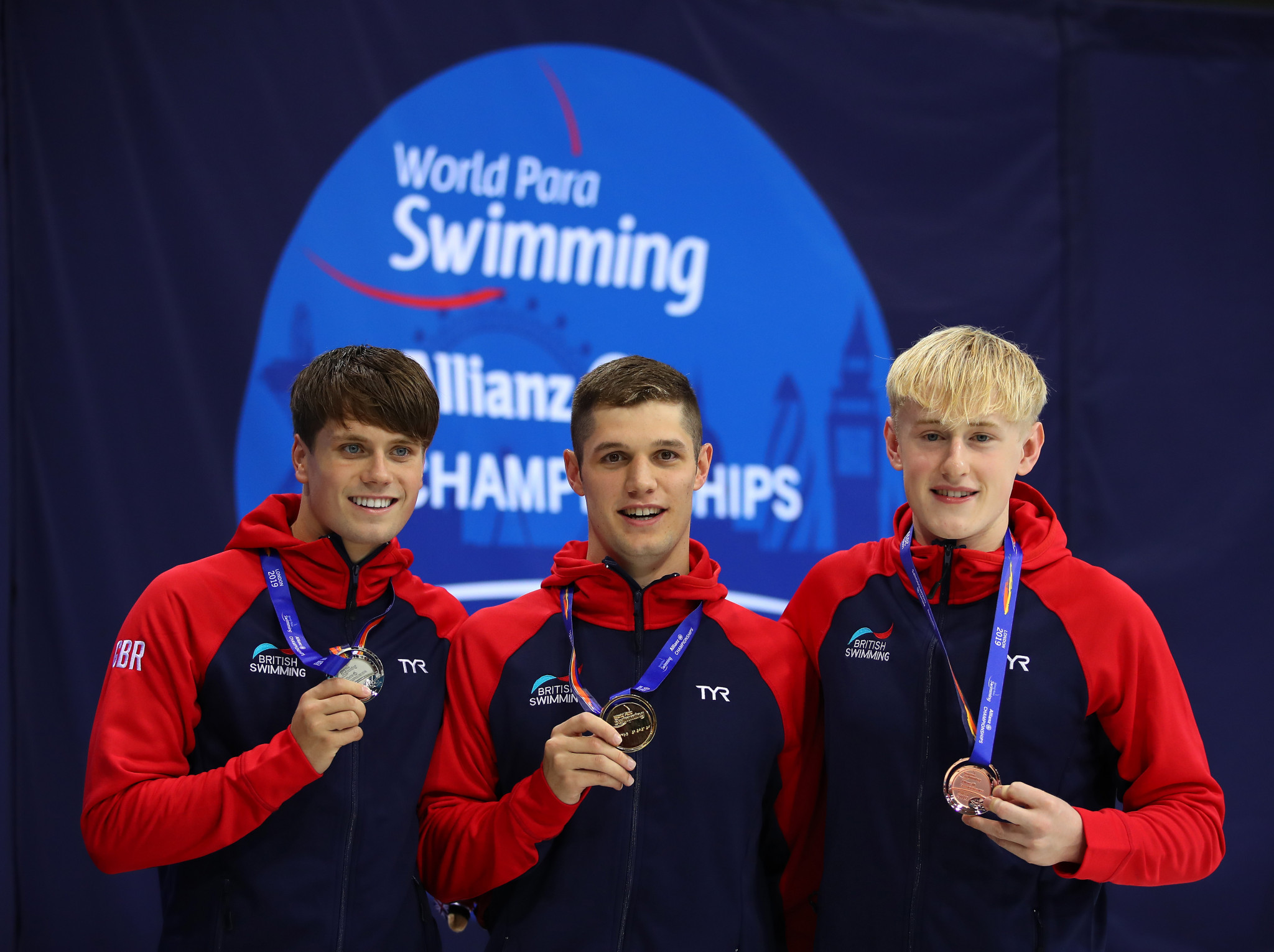 Dunn had set an S14 world record of 1min 53.57sec in Berlin earlier this year during the World Para Swimming World Series.

He clocked 1:52.96 for gold at the Aquatics Centre in London as he led home a British podium sweep.

Tai was crowned as the World Para Swimming World Series champion in June, setting seven world records in the series finale in Berlin.

What a race by Reece Dunn 😲
It may be his debut international year but this hasn't stopped him from claiming top spot with a new WORLD RECORD #London2019 #ExperiencetheExtraordinary pic.twitter.com/HPqSstg8KZ

A year out from the Paralympics, to be held in Tokyo between August 25 to September 6, 2020, Tai underlined her dominance, winning the world title in 1:03.77.

American Jessica Long was second in 1:06.08 as Claire Supiot of France earned bronze, just 0.03 behind.

The Italian clocked 54.10 to duck under Australian Rowan Crothers' world best time of 54.18.

Russians Denis Tarasov, in 56.34, and Bogdan Mozgovoi, in 56.71, collected silver and bronze, respectively.