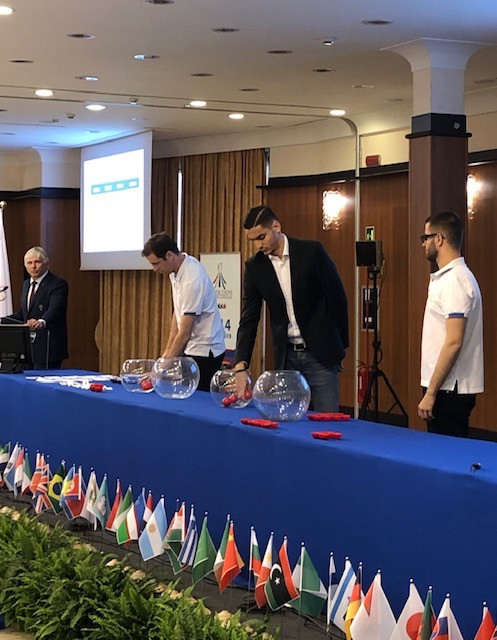 The team draws for the inaugural University World Cup Football tournament are set to be held in host city Jinjiang next week.

For the 16 men’s and eight women’s teams in the field, it will be a first glimpse of what they will be up against when competition begins in the Chinese city on November 21.

Both draws are due to take place on Wednesday (September 11), with yet-to-be-named celebrity guests doing the honours.

The host teams in both the men’s and women’s fields – Taiyuan University of Technology and Beijing Normal University, respectively – will automatically be placed in Pool One.

The teams will be allocated to four groups of four teams each in the men’s draw, and two groups in the women’s draw.

The International University Sports Federation (FISU) claims the University World Cup is an exciting new format in football, as it brings together the best university squads from around the world, rather than national teams.

It is a unique opportunity for participants to compete for the title of "University World Champion".

"I am confident that the FISU University World Cup Football will bring together the very best university football teams in the world."

Canada will be represented in the women's competition by the Ottawa Gee-Gees, the reigning national and Ontario University Athletics champions.

The team is led by former U Sports Top 8 Academic All-Canadian Katherine Bearne, along with national championship all-star Thea Nour.

Both players were also in action for the Canadian side at the Naples 2019 Summer Universiade in July.

Coming through from the highly-competitive European qualifying tournament, the men’s team from the University of Split will be placed in Pool One, along with the hosts and two other strongest teams.

In the continental finals held in Portugal, the Croatians beat a line-up that included teams from universities in the host nation, Germany, Norway and Russia.

The event is an evolution of FISU’s World University League, which was staged for four consecutive years from 2015 to 2018, exclusively in 3x3 basketball.

Both competitions will be known as the University World Cups from this year onwards.

The University World Cup 3x3 is scheduled to be held in Chinese city Xiamen in October.