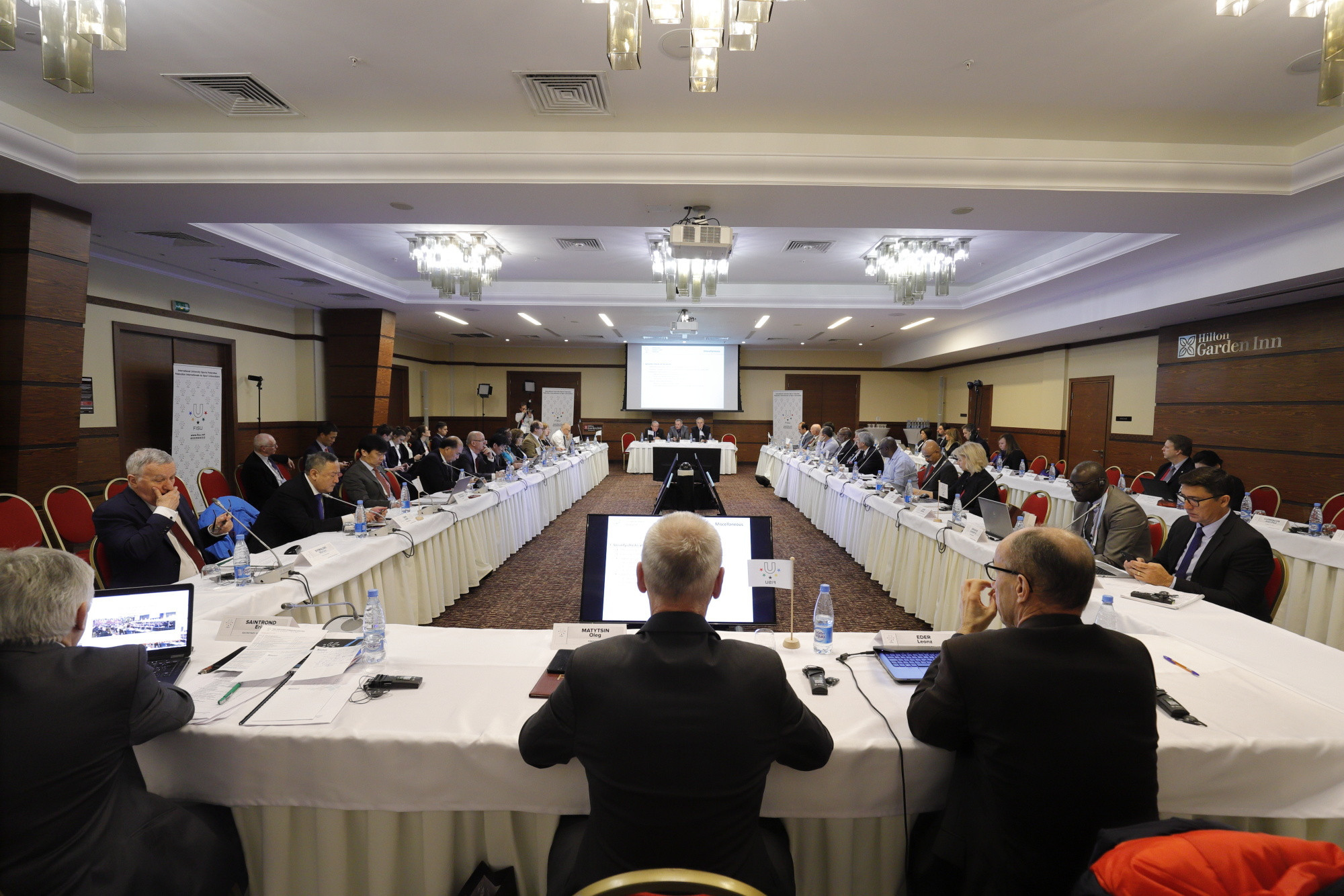 The International University Sports Federation (FISU) Executive Committee have announced here the World University Leagues are to rebranded as the University World Cup.

FISU's Executive Committee have been meeting in Krasnoyarsk prior to the 2019 Winter Universiade, due to begin tomorrow.

The last World University League event to have taken place will have been the 3x3 basketball competition in Xiamen last November.

The inaugural University World Cup event is set to be the football tournament taking place in Jinjiang in China this November.

Oganisers of the football competition revealed they have signed a title sponsor, sportswear company Kelme, and have secured broadcast partners.

With the meeting take place just before the beginning of the Winter Universiade meanwhile, the Organising Committee presented their final report.

"We did our best and we walked shoulder to shoulder with FISU," Maxim Urazov, Krasnoyarsk 2019 director general, said.

"We reconstructed many venues and all venues were tested with 11 events covering all sports.

"Krasnoyarsk is ready to host the first Winter Universiade in Russia.

"It is the most awaited event in Siberia and it is a matter of great pride for Russia."

"Everything done by the Organising Committee is of a very high international standard and we will have a great Universiade in Krasnoyarsk," said Augustin.

"The sports test events were organised to the top international level."

In other discussions, secretary general and chief executive Eric Saintrond reported that FISU is steadily progressing with its digital-first plans.

This was supported by the FISU media team, who spoke about their efforts to keep the traditional FISU audience informed on developments while also targeting university students with original content and programming, live sports production and news.

Krasnoyarsk 2019 will be accessible across the world, with every medal event available for international distribution.

Each of these events will also be available on FISU’s new live streaming site, FISU.TV, on various social channels and on the Olympic Channel.

"Our goal is to make FISU events available to anyone who wants to watch, anywhere in the world, on any device," Torin Koos, the head of FISU's media department, told the meeting.

"With this edition of the Winter Universiade, we are getting close to reaching that goal."

The meeting went on to discuss FISU's strategic plans for the future, with director of Education and Development Lilia Barieva confirming that the organisation is now beginning an in-depth planning phase for the next two years.

FISU Oceania Continental Association delegate Martin Doulton raised the question of the place of esports in university sport, a topic currently prominent across the whole of the sporting world.

"As a sports federation we have to promote physical activity," FISU President Oleg Matytsin responded.

"At the same time, we cannot ignore the trends.

"We want to focus on how to use esports for education.

"We are in contact with the Olympic family for this, with the IOC (International Olympic Committee), and are thinking actively about this."