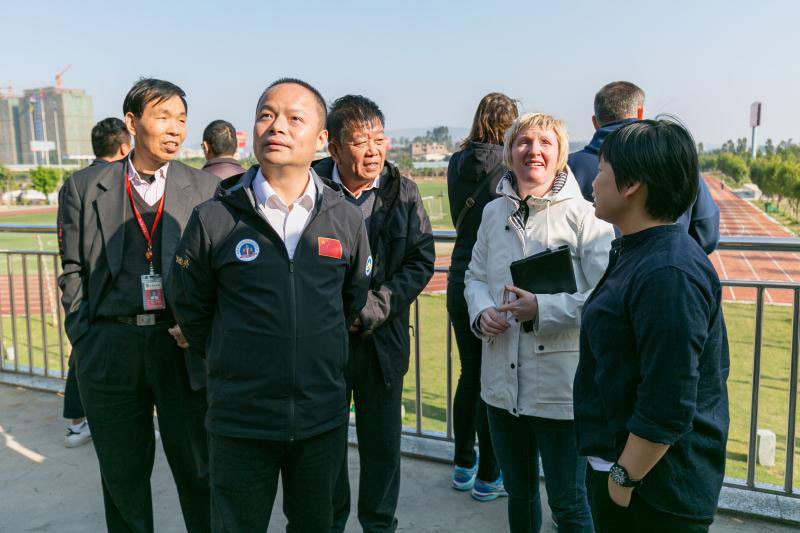 A delegation from the International University Sports Federation (FISU) has inspected preparations for the 2019 University World Cup Football tournament during a three-day visit to the Chinese city of Jinjiang.

The main purpose of the inspection was to evaluate venues and hotels due to be used at the first edition of the event next year.

The delegation inspected seven football pitches and four five-star hotels, which will play host to athletes, coaches, technical representatives and FISU officials at the tournament.

Jinjiang Mayor Zhang Wenxian was among those in attendance at the feedback meeting.

"The future of football development in China is going to be built on youth football," said Federation of University Sports of China (FUSC) President Tian Xuejun.

"Therefore we have to start with our youth football programmes that take place on campus."

The visit offered FISU the first chance to peruse over preparations for the event since it was officially launched last month.

FISU signed an agreement with the FUSC in 2017 to host four editions of the event, a new addition to the FISU calendar.

The competition is designed for the world's best university teams, rather than national teams, and will be hosted for the first time in Jinjiang in 2019 with preceding qualifying tournaments taking place in Europe, Asia-Oceania, the Americas and Africa.