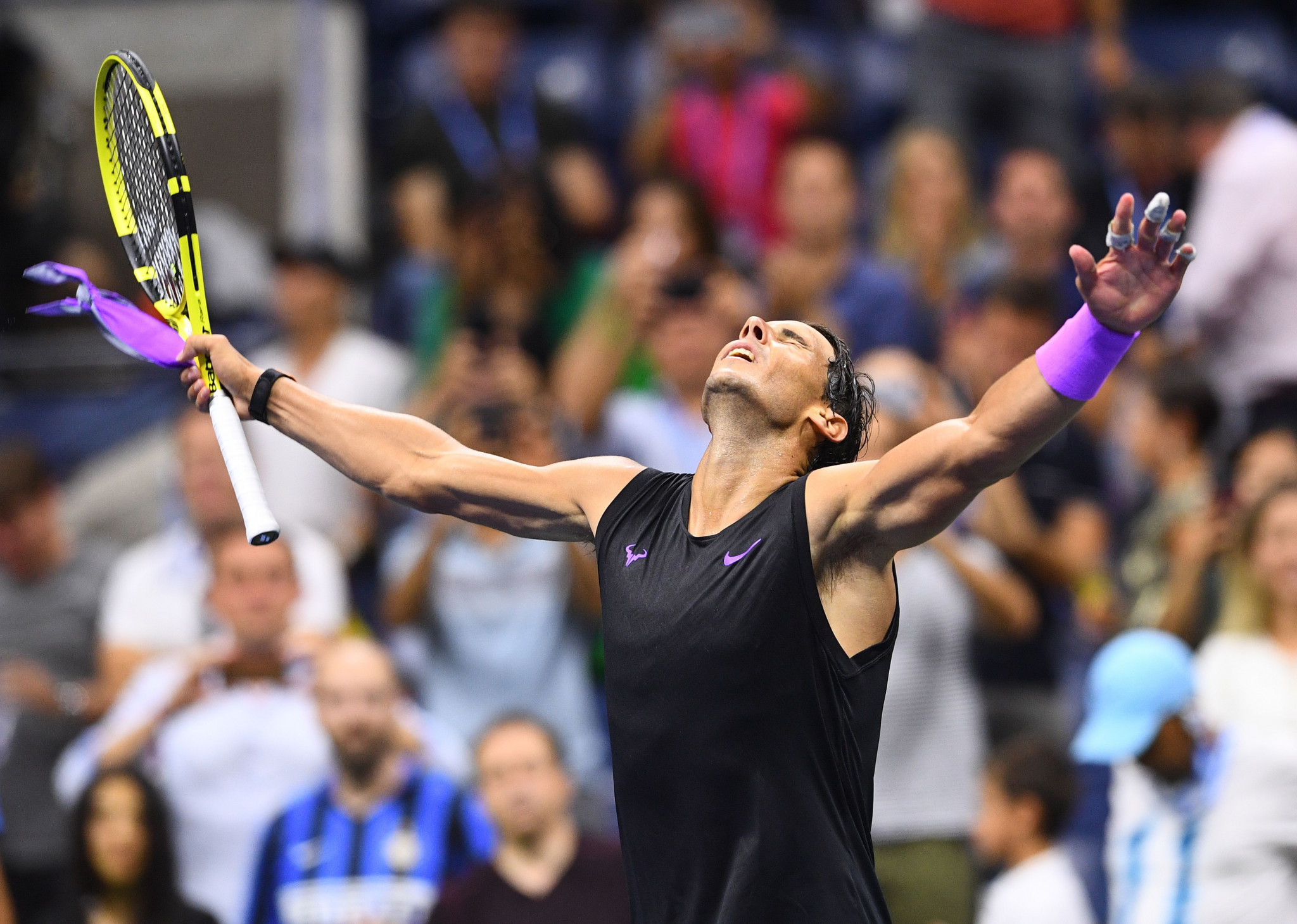 Rafael Nadal won an intriguing encounter against Diego Schwartzman in straight sets to reach the semi-finals of the US Open at Flushing Meadows.

Thirty-three-year-old Nadal is favourite to win the tournament after Roger Federer was knocked out and Novak Djokovic's withdrawal through injury.

But he made harder work of the 20th seed than was necessary, allowing the Argentine back into the opening two sets having been a double break up.

Nadal also needed treatment to his left arm in the final set but blasted some fine winners as he made the US Open semi-finals for the eighth time.

Schwartzman, who has regularly trained at the Rafael Nadal Tennis Academy in Mallorca, made sure the match lasted nearly three hours despite not pinching a set.

"I am super happy in the way that I accepted the situation," said Nadal, who hit 39 unforced errors, four more than Schwartzman.

"Here I am, in semi-finals, and that's super important for me.

He had only previously made the quarter-finals of one hard court tournament, in Sofia in February.

The 23-year-old missed out on five match points in the last, before eventually finishing the job 7-5 in a tiebreak.

In the women's draw, Canada's 19-year-old Bianca Andreescu continued her dream run into the last four having never previously made it past round two of a grand slam.

"This is honestly so crazy," said Andreescu.

"I need someone to pinch me right now."

Like Andreescu, Bencic will also be playing in a first grand slam semi-final.

Both of the women's semi-finals are tomorrow.

On the other side of the draw, American great Serena Williams will take on Ukraine's Elina Svitolina.

Williams is favourite for a seventh US Open title and a 24th grand slam in total.