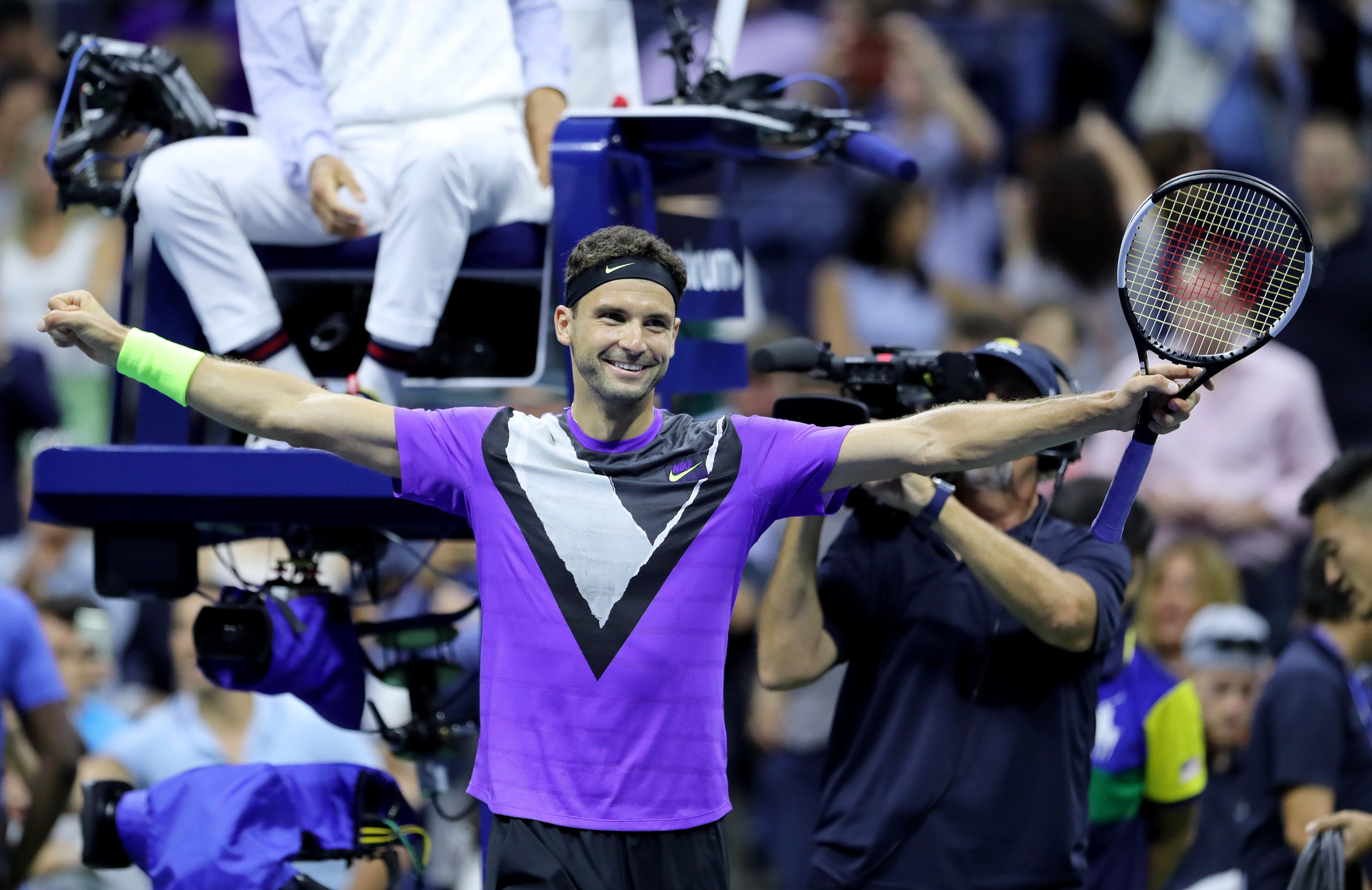 Roger Federer was stunned in the quarter-finals of the US Open by Bulgaria's Grigor Dimitrov, as Serena Williams breezed into the last four at Flushing Meadows.

He demonstrated some superb strokes en-route to his first win over the Swiss great in eight attempts.

Federer, the third seed, took a medical time-out after the fourth set to treat his back and neck, and won just 13 points in the fifth, but nothing should be taken away from Dimitrov.

The Bulgarian was considered one of the brightest stars in tennis, with the 28-year-old reaching number three in the world in 2017.

He has since tumbled down to 78th but has reached a third grand slam semi-final after previous last-four appearances at Wimbledon and the Australian Open.

"The only thing I kept thinking was to stay in the match," he said.

"There's no such a thing as the old and new Grigor.

"The only way is forward.

"I mean there is no point to sit here and talk about the past six, seven months, to welcome everybody to my pity party.

"I faced the adversity, faced everything I had to.

Federer added: "I just needed some treatment on my upper back, neck.

"I just needed to try to loosen it up, crack it and see if it was going to be better.

"Yeah, but this is Grigor's moment and not my body's moment, so it's okay."

Dimitrov will now play Russia's tournament villain and fifth seed Daniil Medvedev in the semi-finals, after he downed another Swiss player in Stan Wawrinka.

Medvedev is the in-form player on the circuit having lost just two of his last 21 matches, a run which saw him win the Cincinnati Masters.

The Swiss played with strapping on his thigh after a medical time-out as the 23-year-old Russian reached his first grand slam semi-final.

The Moscow-born player has angered the Flushing Meadows crowd with his behaviour, which included snatching a towel from a ball person, throwing his racket and flashing his middle finger against Spain's Feliciano Lopez in round three.

He celebrated his fourth-round win over German Dominik Köpfer by standing in the middle of the court with his arms outstretched to be greeted by jeers.

"I feel really strange about this match but I need to say I'm happy to be in my first major semi-final," he said.

Williams, who has won 23 Grand Slams and is hoping for a seventh US Open, won her 100th match at the tournament as she thrashed China's Qiang Wang, 6-1, 6-0.

The 37-year-old American, the eighth seed, was beaten in an ill-tempered final by Japan's Naomi Osaka last year, but with the defending champion and top seed going out yesterday, she is favourite to triumph this time.

Chris Evert's 101 wins at the US Open is the tournament record with Williams now closing in.

"I knew that I had to step it up or go home," said Williams, who beat the 18th-seed who stunned Australia's second seed Ashleigh Barty in the previous round.

"It's not every day you're playing a quarter-final of a Grand Slam, and to win that, it's something special," the Ukrainian said.

The remaining quarter-finals will be played tomorrow.

The other last-eight clash is between France's 13th seed Gaël Monfils and Italy's 24th-ranked Matteo Berrettini.